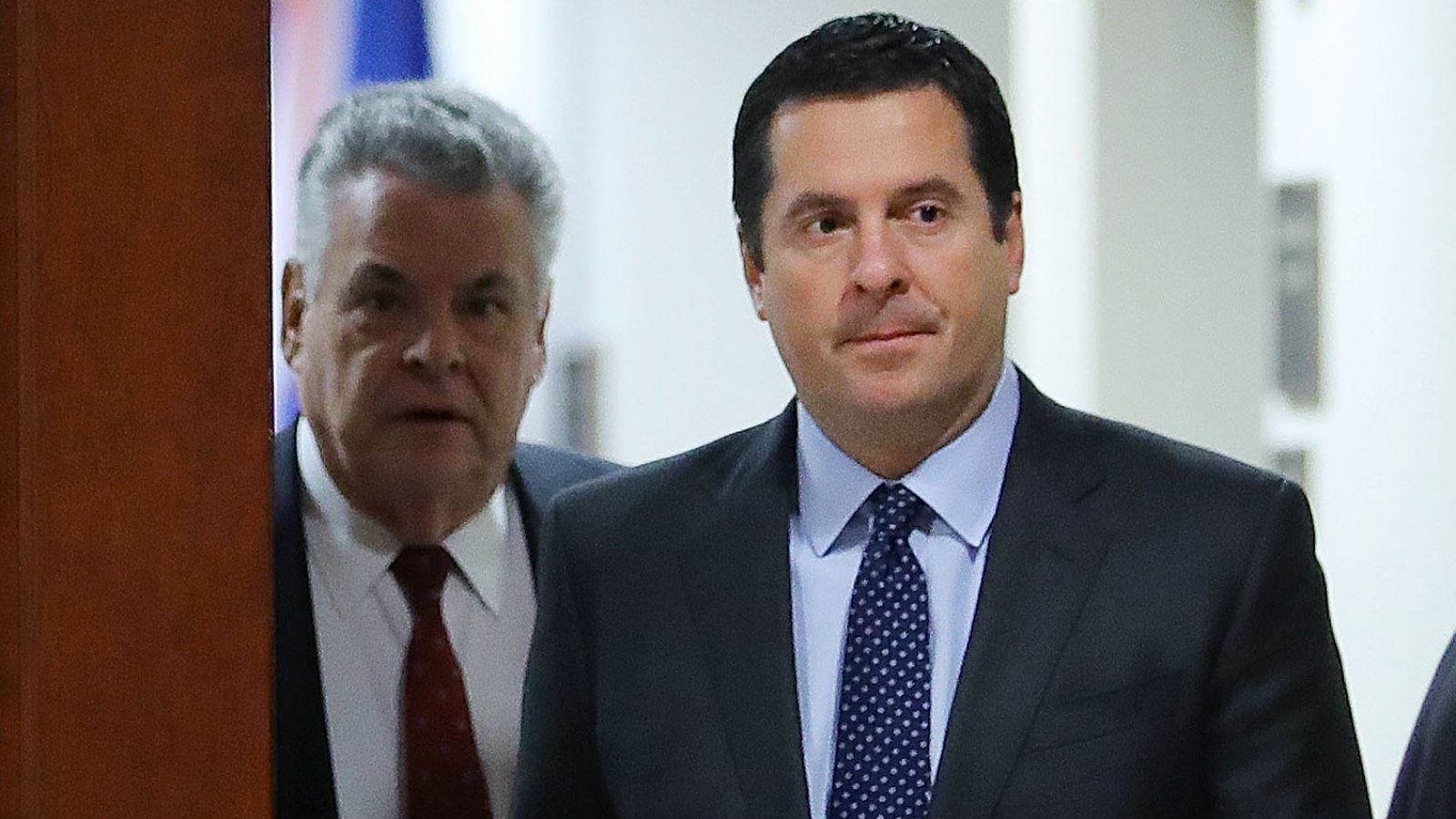 “The Intelligence Community has finished its declassification review of the House Intelligence Committee’s Russia investigation final report. Given the substantial public interest at stake, the Committee is publishing the redacted version we’ve received. However, we object to the excessive and unjustified number of redactions, many of which do not relate to classified information. The Committee will convey our objections to the appropriate agencies and looks forward to publishing a less redacted version in the near future.”

Democrats on the Committee referred back to their Minority Views report released on March 26, 2018 in response, and Rep. Adam Schiff (D-CA), ranking member on the Intelligence Committee, issued a long statement that reads, in part, as follows:

“Throughout the investigation, Committee Republicans chose not to seriously investigate — or even see, when in plain sight — evidence of collusion between the Trump campaign and Russia, instead adopting the role of defense counsel for key investigation witnesses. In fact, we found evidence of collusion in the abundant secret meetings and communications between Trump campaign officials and associates such as Paul Manafort, Rick Gates, George Papadopoulos, Donald Trump Jr., Michael Flynn, Carter Page, and others, with emissaries and officials from, or linked to the Russian government. The Trump campaign and Administration’s efforts to deny, conceal and, when discovered, misrepresent what took place in these interactions with the Russians is powerful evidence of a consciousness of wrongdoing.

“To determine whether this evidence of collusion reaches the level of proof beyond a reasonable doubt of criminal conspiracy, we must await the report of Special Counsel Robert Mueller, since the Majority refused to interview the witnesses and obtain the documents necessary to find out. Regardless, there is no denying the abundant evidence that the Trump campaign sought, and was eager to accept, the assistance of a hostile foreign power bent on interfering in our election.  It is also uncontroverted that the Russians assisted the Trump campaign through a surreptitious social media campaign, an overt paid media effort, an elaborate hacking and dumping operation targeting the DNC and Clinton Campaign Chair John Podesta, and potentially through additional means still under investigation.

Rep. Schiff explains the Minority continues to push for the Majority to release transcripts of witness interviews, something they initially agreed to do but then decided against.

“Because the public must now attempt to distinguish between Majority and Minority Views, we have sought to publicly release the transcripts so that the public might see some of that evidence for themselves and judge accordingly. We are confident that the record is at odds with the Republicans’ conclusions and that this transparency will help inform the public. We also believe that when the American people see the often-superficial nature of the questions posed to witnesses by the Majority and the degree to which they sought to help witnesses avoid answering important questions, it will see firsthand what a disservice the Majority has done to the nation.  Apparently, the Majority fears the transcripts will show exactly that, and have violated their explicit commitment to release the transcripts now that they have concluded their work on the investigation. As recently as March 5, Rep. Conaway, the lead Republican on the Russia investigation, was asked whether he planned to release the transcripts.  He replied, “Absolutely.”

“Finally, notwithstanding the decision by the Majority to end its work and turn its attention to counter-investigations designed to serve the President’s interests, the Minority work on the Russia investigation continues. This week, we interviewed a key witness to the corrupt work of Cambridge Analytica, and received new documents from another important witness. We will continue our investigation using every means at our disposal; to do otherwise would ignore our responsibility to conduct meaningful oversight and insure that the Russians do not possess leverage over the President of the United States.”

The New York Times summarizes the conflict between what Republicans concluded and what Democrats say is the culmination of a negligently incomplete investigation.

Republicans on the House Intelligence Committee found no evidence during a monthslong investigation that the Trump campaign aided Russia’s election meddling, the lawmakers concluded in a 250-page report released on Friday that assails President Trump’s political rivals and criticizes the F.B.I. and the intelligence community for their responses to Moscow’s interference.

But in a dissenting document, Democrats on the committee accused the Republicans of prematurely closing the investigation out of a desire to protect Mr. Trump and asserted that eagerness by Trump campaign associates to accept offers of Russian assistance suggest “a consciousness of wrongfulness, if not illegality.”

[The Majority report] said Russia was responsible for carrying out cyberattacks against the US, disseminating hacked emails stolen from the Democratic National Committee, and launching a social media disinformation campaign — findings that largely echo parts of the US intelligence community's assessment of Russia's interference in the 2016 election.

But the committee's conclusions about whether President Donald Trump's campaign colluded with Moscow left out critical context and painted an incomplete picture of the scope of the campaign's contacts with Russians.