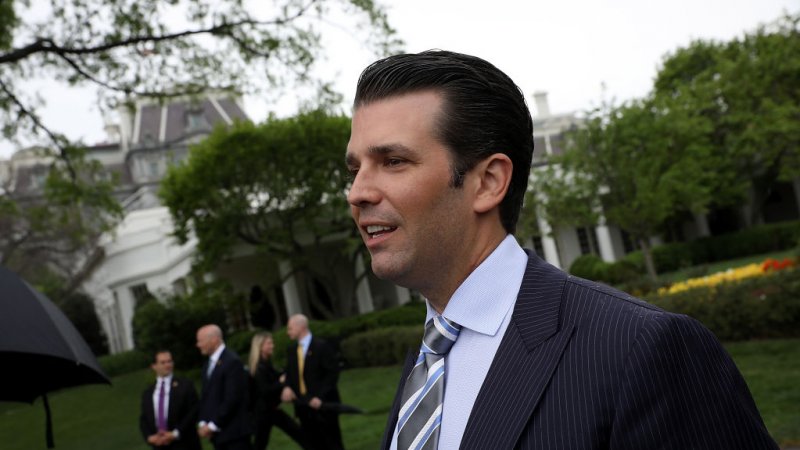 Donald Trump Jr. is the eldest son of Donald J. Trump and his first wife Ivana. Like his father, he graduated from University of Pennsylvania's Wharton School and went to work for the Trump Organization where he became an Executive Vice President, overseeing various construction projects and making appearances on the reality TV show "The Apprentice." He often was referred to as the “insider” compared to his sister Ivanka, who held more of a public facing role in the Trump organization.

Not unlike his father, Donald Trump Jr.’s business ventures have been troubled. In 2009, he and friend Jeremy Blackburn tried to start a low-cost, prefab housing business that never materialized. They followed that up with a series of failed startups. He “partnered” with a business called Cambridge Who's Who located in Uniondale, NY, which has logged hundreds of Better Business Bureau complaints over the years and has been denied accreditation. Trump Jr.’s building materials company Titan Atlas Manufacturing lasted less than two years before it ceased operations in 2012 due to unpaid sales and tax issues. The company still is in litigation.

Trump Jr. was regular surrogate for his father on right wing media outlets during the campaign. After inauguration, Trump Jr. and his brother Eric became co-trustees of the family business and are supposed to keep it separate from their father’s presidency.

While in Moscow in 2008, Trump Jr. bragged about connections to Russian money saying, “Russians make up a pretty disproportionate cross section of a lot of our assets’ in places like Dubai and Trump SoHo and elsewhere in New York.” But it was Trump Jr.’s connections with Russians in 2016 that now is at the center of Congressional and Special Counsel investigations.

On September 7, 2017, Trump Jr. sat for a five-hour interview with Senate Judiciary Committee investigators. Prior to his testimony, he submitted a written statement claiming he was conflicted about meeting with Russian attorney Natalia Veselnitskaya but felt he had a responsibility to find out what she knew about Secretary of State Clinton’s “fitness, character or qualifications.” He added he always planned to consult with his lawyers after receiving whatever information she provided. At least one Senator on the committee has indicated he does not believe the President’s son was being truthful.