TIME: "How Putin's Oligarchs Got Inside the Trump Team" 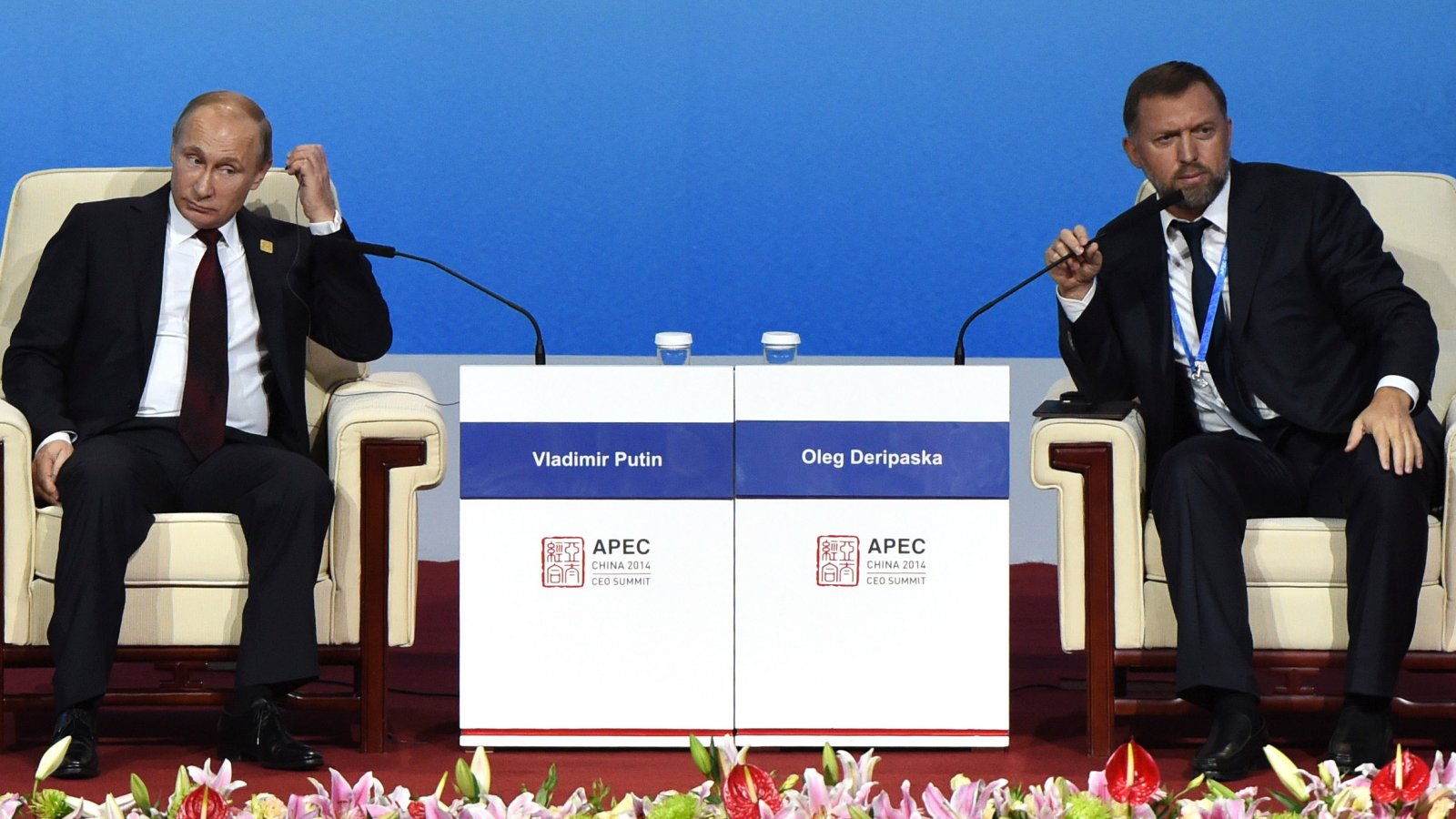 Russia's richest men, the oligarchs, have their wealth and power because Russian President Vladimir Putin has decided they are sufficiently worthy and loyal.

Many of those oligarchs have connected with members of Donald Trump's inner circle over the years, and evidence shows they likely played a role in his becoming president.

TIME takes a look at the oligarchs whose names have emerged in the course of the Russia investigation and how exactly they are tied to the president and his people.

... [It] is oligarchs like [Oleg] Deripaska, wielding extraordinary wealth and global connections, who may have played the most important role in the Russian influence campaign. Putin himself has suggested as much. Onstage with Trump at a press conference in Helsinki on July 16, the Russian leader said he “can imagine” private Russian businessmen supported Trump’s bid for the presidency. “And so what?” Putin demanded. “They don’t represent the Russian state.”

In fact, their ties to the state are a lot closer than Putin let on. From the very beginning of his 19 years in power, the Russian President has turned his country’s wealthiest men into a loose but loyal band of operatives. In exchange for lucrative deals with the government, or simply protection from the authorities, these billionaires have gathered contacts at the highest levels of U.S. politics, high enough to influence policy in the service of the Russian state. “These are cats that like to bring dead mice to the Kremlin,” says Mark Galeotti, a leading expert in Putin’s influence operations at the Prague-based Institute of International Relations.

And in the Trumps, the oligarchs found plump targets. One Russian billionaire hosted Ivanka Trump and her husband, the President’s senior adviser, Jared Kushner, at a gala in Moscow in 2014. Another has links to a $500,000 payment to Trump’s personal lawyer Michael Cohen in 2017. A third ran a propaganda operation that pumped pro-Trump content into the news feeds of millions of American voters. In the heat of the presidential race, a fourth tycoon arranged the meeting where a Russian lawyer offered dirt on Clinton to Trump’s closest aides. And then of course there was Deripaska, whose years of fishing for friends in Washington eventually got the chairman of a presidential campaign on the line.

The U.S. has begun to hit back. In February, the Justice Department indicted one oligarch, Evgeny Prigozhin, for his role in the 2016 social-media-influence operation. In April, the Treasury Department sanctioned two others, Deripaska and investor Viktor Vekselberg, freezing their assets and limiting their travel, in retaliation for their work for Putin.

The oligarchs say they are doing nothing wrong in advancing Russia’s interests at home and abroad. Reviews of legal records and interviews with oligarchs and their associates in Russia and the West show just how far they have gone. They also show how deeply they penetrated the 2016 U.S. presidential contest, and the campaign of Donald Trump.

None of the oligarchs would have needed specific instructions to know that helping Trump beat Clinton, a long-standing critic of Putin’s, would earn them their President’s gratitude, experts say. “They put their imaginations to work,” says Galeotti, “leveraging whatever resources and contacts they had.”

But the price they paid for meddling in the U.S. elections was likely higher than any of them expected. The sanctions many have faced as a result are some of the toughest the U.S. has ever imposed on private businessmen. Bloomberg News estimated that Russia’s wealthiest tycoons lost a combined $16 billion of their net worth on that black Monday, April 9, after the sanctions were announced. Vekselberg reportedly had up to $2 billion of his U.S. assets frozen. Deripaska has been scrambling to distance himself from his companies in the hope of shielding them from the impact of the sanctions. The damage to their reputations among Western investors and banks is likely to hurt their businesses for years to come.

The only winner in this saga would seem to be Putin, whose taming of the oligarchs at the start of his tenure continues to pay political dividends. It allowed him to stand before the cameras in Helsinki and shift the blame away from the Russian state. And as a means of covertly exercising influence abroad, Putin could hardly ask for a better toolkit than the one the oligarchs provide.

In that sense the U.S. Treasury Department may have gotten the story backward when it pledged in April that the oligarchs “will no longer be insulated from the consequences of their government’s destabilizing activities.” In fact it is the businessmen of Russia who insulate the state and act on its behalf when necessary. For Putin, that is what makes them so useful, and that is not likely to change.

Full story: How Putin's Oligarchs Got Inside the Trump Team (TIME)