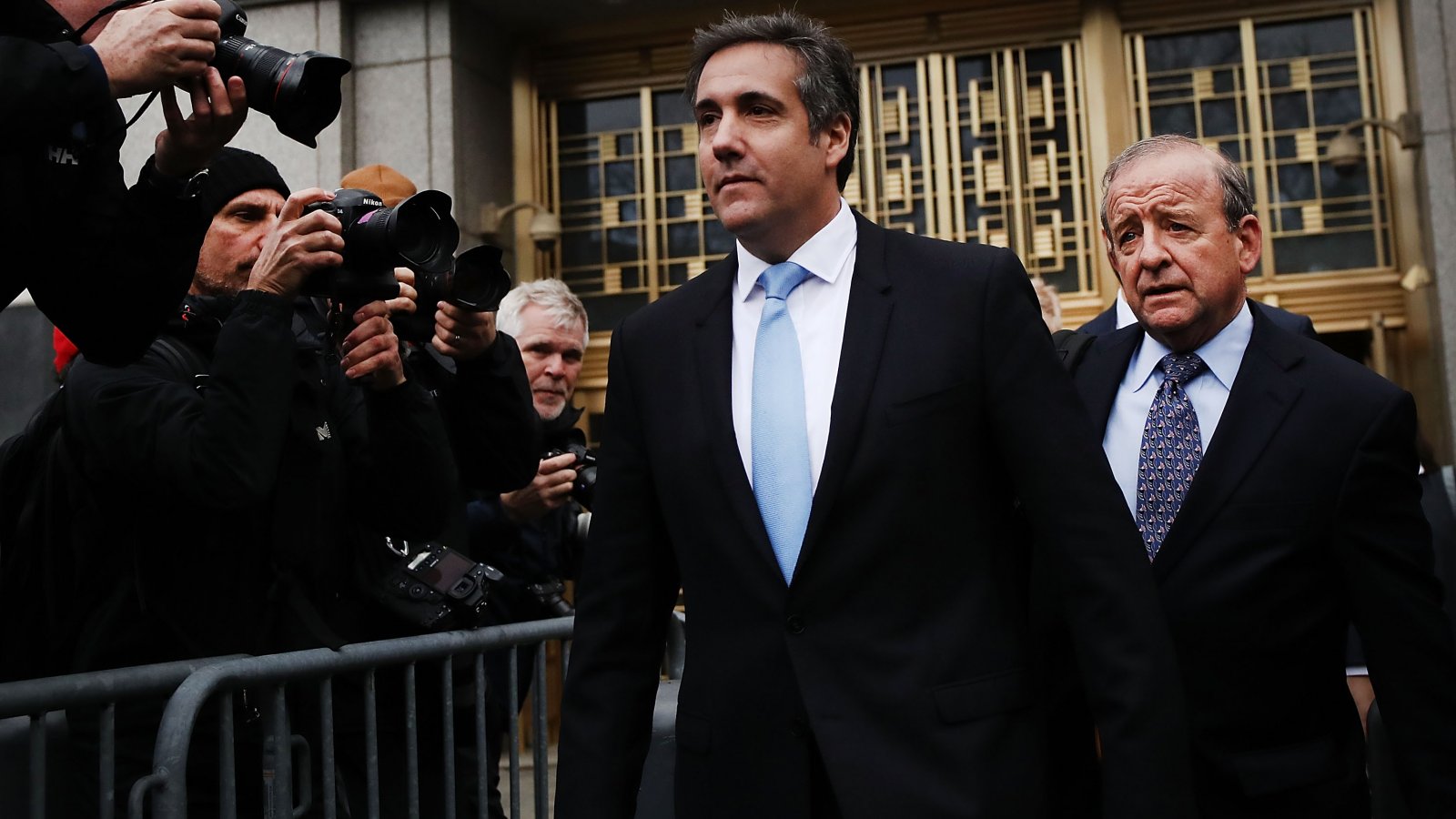 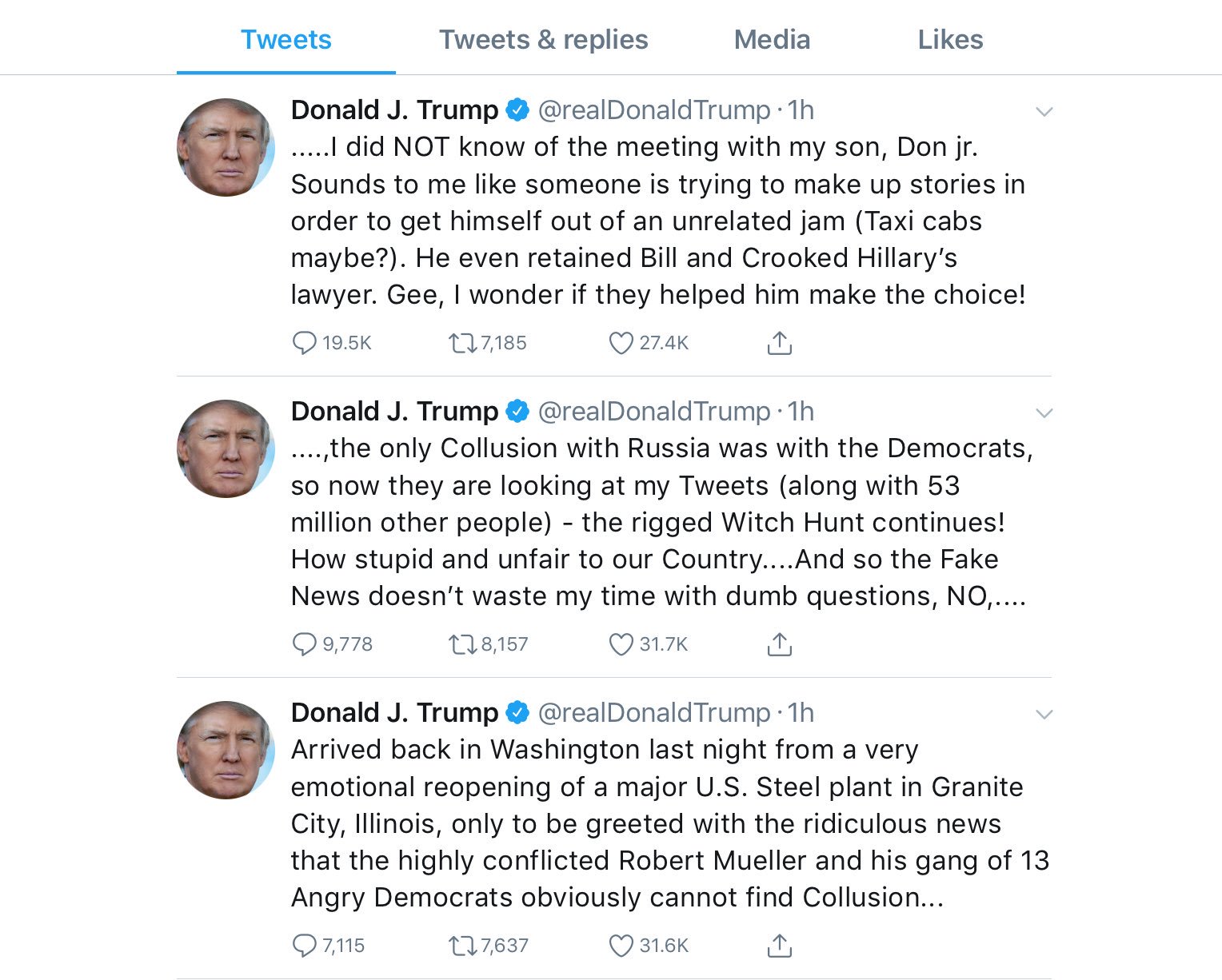 CNN reports Michael Cohen is ready to tell Special Counsel Robert Mueller he witnessed Donald Trump Jr. tell his father about the June 9, 2016 meeting with Russian lawyer Natalia Veselnitskaya and others at Trump Tower before it took place.

Cohen's claim would contradict repeated denials by Trump, Donald Trump Jr., their lawyers and other administration officials who have said that the President knew nothing about the Trump Tower meeting until he was approached about it by The New York Times in July 2017.

Cohen alleges that he was present, along with several others, when Trump was informed of the Russians' offer by Trump Jr. By Cohen's account, Trump approved going ahead with the meeting with the Russians, according to sources.

To be clear, these sources said Cohen does not have evidence, such as audio recordings, to corroborate his claim, but he is willing to attest to his account.

Cohen testified before the Senate and House Intelligence Committees last year. A source tells CNN Cohen did not tell House investigators Trump knew about the meeting in advance.

The June 2016 meeting was arranged after a publicist who knew Trump Jr. told him in emails -- in no uncertain terms -- that a senior Russian official "offered to provide the Trump campaign" with damaging information about Clinton, and that the outreach was "part of Russia and its government's support for Mr. Trump." At the time, the Russian operation to covertly boost Trump's candidacy wasn't publicly known. Trump. Jr. responded, "if it's what you say, I love it," and started to arrange the meeting.

At the meeting, Trump Jr. was joined by his brother-in-law Jared Kushner and Paul Manafort, who was Trump's campaign chairman at the time. There were four Russians in the room, including a lawyer with Kremlin ties, a businessman who worked for an oligarch and a lobbyist with old KGB connections.

After news of the meeting broke in July 2017, the Trump team offered misleading explanations and changed their story several times. But one claim stayed consistent: that Trump had no knowledge of the meeting beforehand, wasn't told about it afterward and first learned about it one year later.

Those denials were repeatedly issued by Trump, his attorney Jay Sekulow, Trump Jr., Futerfas and White House press secretary Sarah Sanders. Those people denied that Trump had contemporaneous knowledge of the meeting on more than 15 occasions, according to CNN's analysis.

Trump's critics have long doubted these denials. They point to a series of phone calls Trump Jr. made to a blocked phone number before and after the meeting. They also note that two days before the meeting, Trump mysteriously announced plans to give a "major speech" about Clinton's scandals. Trump Jr. says he didn't get any dirt at the meeting -- and the speech never happened.