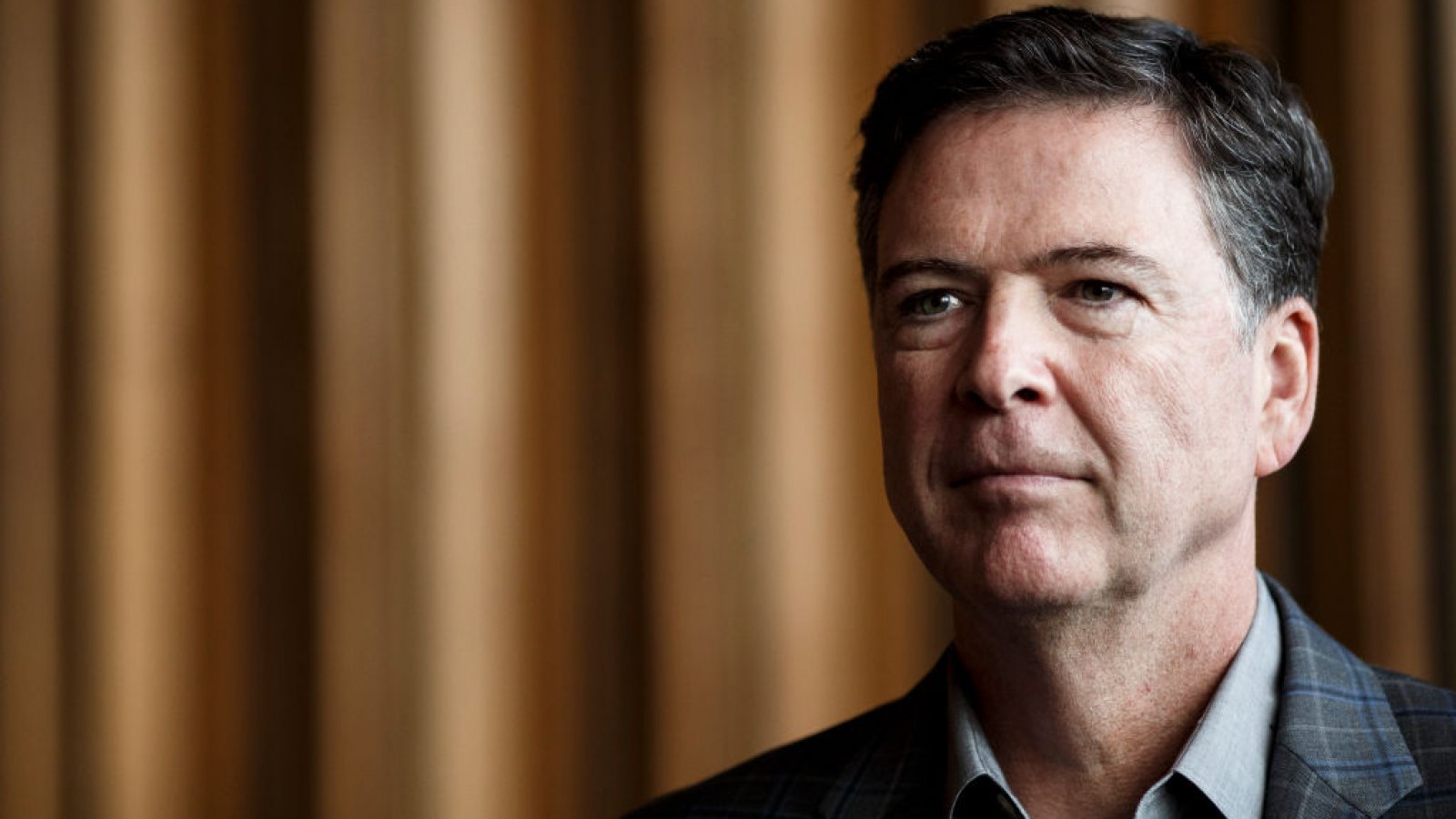 Former FBI Director James Comey, in an appearance in Charlotte, NC Tuesday, said he does not understand why Special Counsel Robert Mueller would not make a decision on obstruction of justice and leave it up to Attorney General William Barr, who is a political appointee.

"The part that's confusing is, I can't quite understand what's going on with the obstruction stuff," Comey told an audience of roughly 2,000 people gathered at the Belk Theatre for an event sponsored by Queens University.

"And I have great faith in Bob Mueller, but I just can't tell from the letter why didn't he decide these questions when the entire rationale for a special counsel is to make sure the politicals aren't making the key charging decisions," the former FBI chief said.

He also pushed back on Attorney General William Barr's logic in deciding not to pursue obstruction charges against the president, saying he found that part of Barr's letter summarizing Mueller's findings "really confusing."

"The notion that obstruction cases are somehow undermined by the absence of proof of an underlying crime, that is not my experience in 40 years of doing this nor is it the Department of Justice's tradition. Obstruction crimes matter without regard to what you prove about the underlying crime," Comey said.

Comey told the audience that he hoped the public knew he was "not hoping for a particular result" of the Mueller probe.

"The good part is that the special counsel was allowed to finish his work and reached a conclusion; that's very, very important to this country," Comey said. "The Russians really did massively interfere with the 2016 election with the goal of damaging one candidate and helping the other. That was not a hoax. That was a real thing."

Comey also pushed for transparency in the Mueller probe, saying he hoped that as much of it as possible would be made public.

Mueller was appointed special counsel on May 17, 2017 — eight days after Trump fired Comey as FBI director. Comey had been leading the investigation into Russian meddling and any possible Trump campaign involvement.

The president initially said he'd removed Comey at the urging of deputy attorney general Rod Rosenstein and then-Attorney General Jeff Sessions, but he later told Holt it was his decision, and the president cited his frustration with the Russia probe.

Comey, asked on Wednesday by Holt what he felt about the sequence of events, replied that he still believed it raised serious questions.

"I thought that's potentially obstruction of justice and I hope somebody is going to look at that," Comey said. "Again, the president appears to be saying, I don't know what's in his head — which is why I can't reach the conclusion — what he appears to be saying is, I got rid of this guy to shut down an investigation that threatened me."