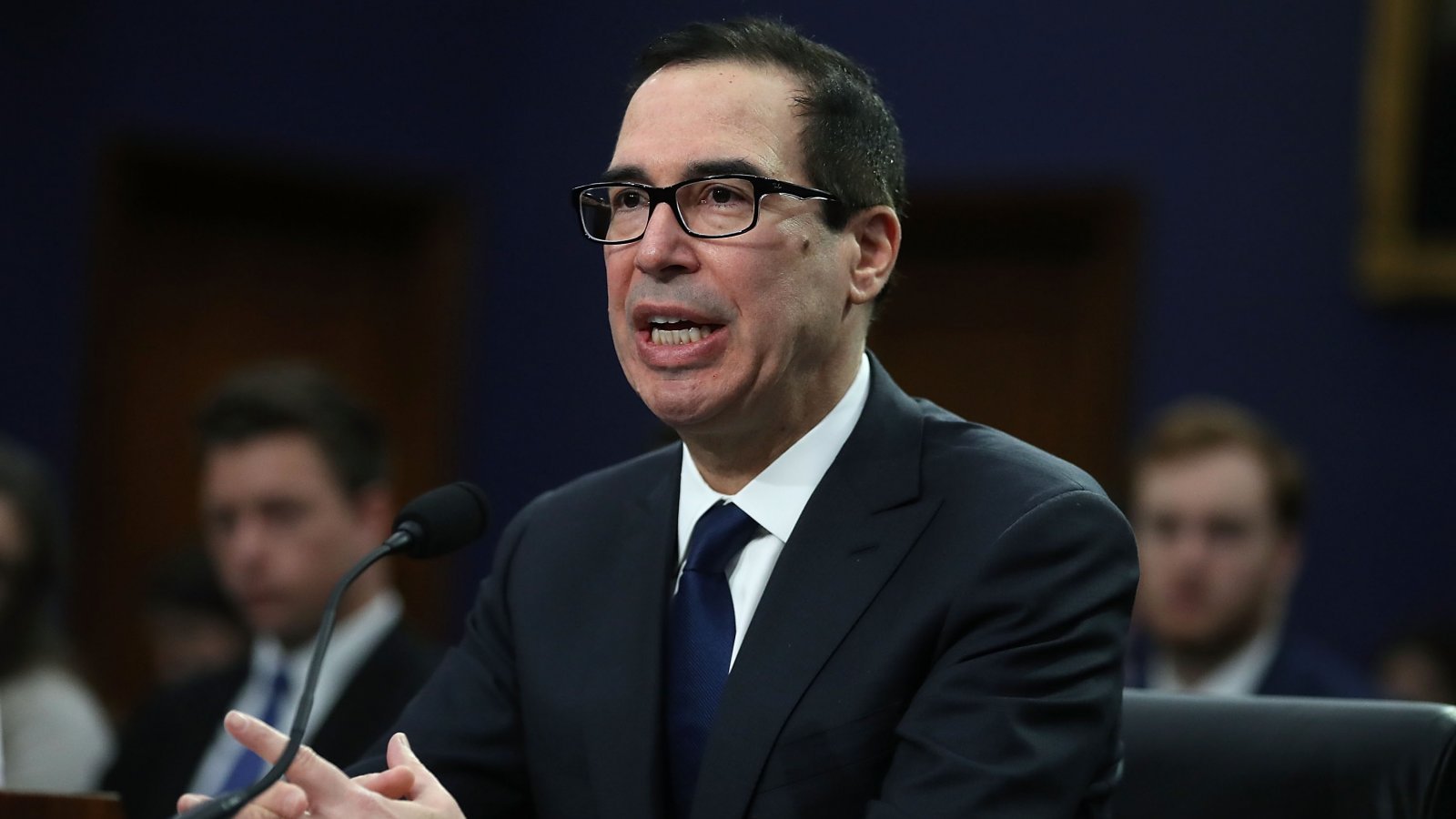 Pelosi called it "one of the worst classified briefings we've received from the Trump administration," despite "stiff competition."

"The secretary barely testified," Pelosi told reporters afterwards. "He answered some questions, but he didn’t give testimony. They had an intelligence briefing, which I won’t go into, and then they read a document that was unclassified, wasting the time of members of Congress."

"I went in sympathetic to the process that has been established for sanctions and for the relief of sanctions," the California Democrat added. "I came out just unimpressed."

Mnuchin had issued a statement prior to meeting with lawmakers, warning Deripaska's companies must uphold their end of the deal or pay a price.

"Treasury will be vigilant in ensuring that En+ and Rusal meet these commitments," Mnuchin said in a statement. "If these companies fail to comply with the terms, they will face very real and swift consequences, including the reimposition of sanctions."

Mnuchin said he was "surprised" by Pelosi's comments.

"I was available," he told reporters. "We gave them close to an hour and a half and answered all their questions."

Deripaska, one of Russia's wealthiest men, is a former business associate of [Paul] Manafort's. Manafort, meanwhile, has been convicted of several felony charges related to special counsel Robert Mueller's investigation and faces sentencing this spring.

Deripaska is not implicated in any of those charges. But he and three of his companies, including Rusal, the world's second-largest aluminum company, were hit with US sanctions along with a number of Russian oligarchs, top Russian officials and several businesses in April for Russian interference in the 2016 U.S. election.