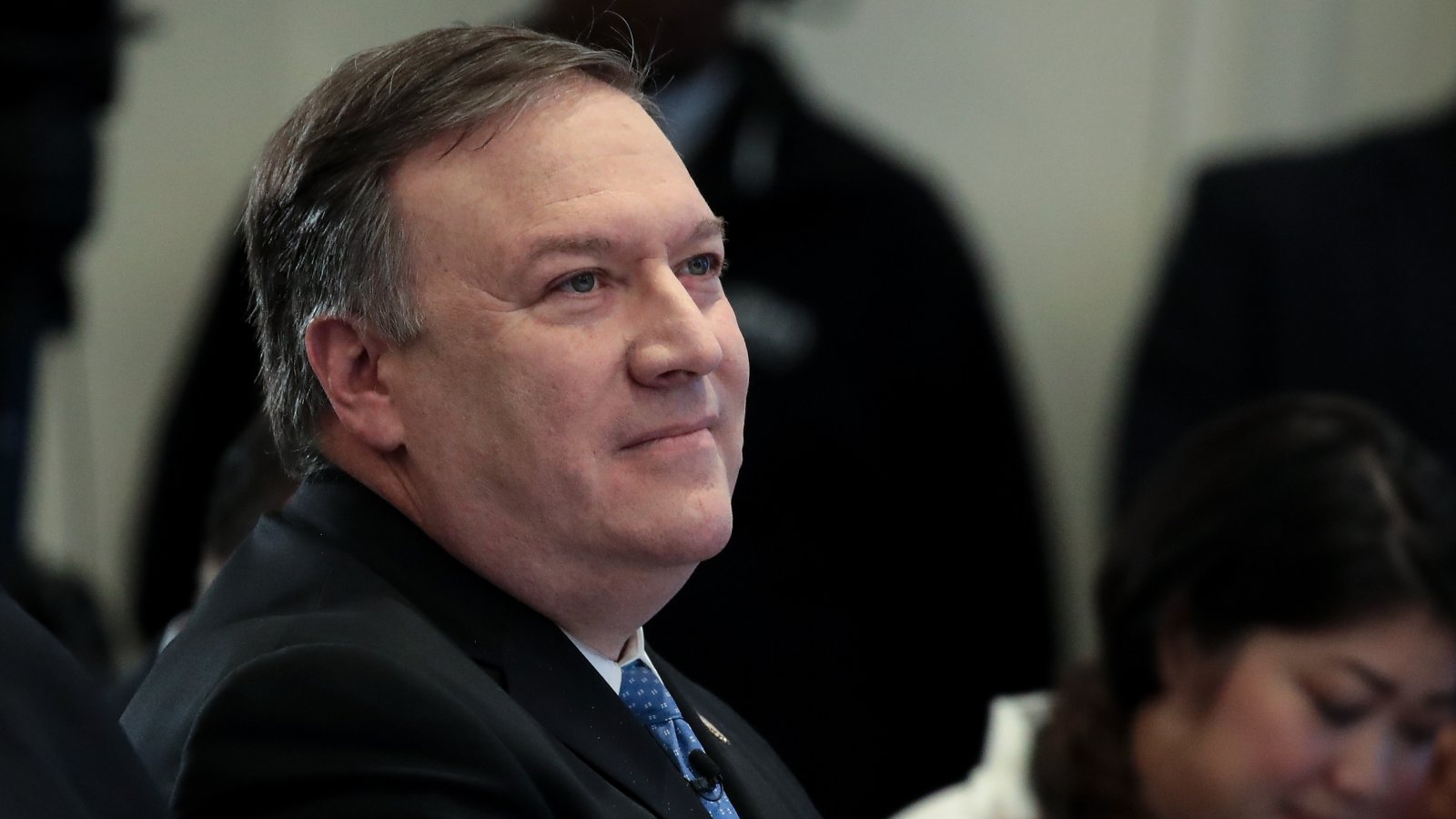 CIA Director Mike Pompeo and Director of National Intelligence Dan Coats met with two of Russia's top spy chiefs in Washington last week, just days before the Trump administration decided to defy Congress and not implement new sanctions on Russia for 2016 election meddling and made a mockery of a list that was supposed to identify top Putin allies and powerful oligarchs.

Reuters was first to report the news of Coats' meeting based on its own sources and not any official U.S. government disclosure.

Sergey Naryshkin, head of the Russian service known by its acronym SVR, held talks with U.S. Director of National Intelligence Dan Coats and other U.S. intelligence officials, the sources said. The sources did not reveal the topics discussed.

News of Pompeo's meeting emerged at the same time that the CIA director himself told the BBC that Russia is certain to try to interfere in the 2018 midterm elections.

Pompeo met with Sergey Naryshkin, the head of Russia’s Foreign Intelligence Service or SVR, and Alexander Bortnikov, who runs the FSB, which is the main successor to the Soviet-era security service the KGB.

The head of Russia’s military intelligence, the GRU, also came to Washington, though it is not clear he met with Pompeo.

A senior U.S. intelligence official based in Moscow was also called back to Washington for the meeting with the CIA chief, said a person familiar with the events, who, like others, spoke on the condition of anonymity to discuss the sensitive meeting.

According to Russian ambassador to the U.S., Anatoly Antonov, and U.S. ambassador to Russia, Jon Huntsman, the high-level meeting was about shared concerns over terrorism.

However, the meeting has also raised pointed questions on the left, with Democrats wondering how a sanctioned spy chief got into the U.S. and amid ongoing frustrations over how President Donald Trump handled Russia sanctions for its interference in the 2016 presidential election.

"The Trump administration must immediately come clean and answer questions," Senate Minority Leader Chuck Schumer told reporters on Monday. "Which U.S. officials did he meet with? Did any White House or National Security Council meet with Naryshkin? What did they discuss? Surely he didn't come alone."

Democrats' concerns seemed to focus on Naryshkin's sanctions designation for his role in Russia's incursion into Ukraine in 2014. At the time, Naryshkin was the chair of the Duma, Russia's parliament.

"We sanction the head of their foreign intelligence, and then the Trump administration invites him to waltz through our front door," Schumer said, calling it "an extreme dereliction of duty by President Trump."

Meetings between U.S. and Russian spy chiefs are not unheard of and Pompeo himself met with some Russian intelligence officials when he visited Moscow last May.

Current and former U.S. intelligence officials said they could not recall so many heads of Russia’s espionage and security apparatus coming to Washington at once and meeting with a top American official. They worried the Kremlin could conclude the United States is open to forgiving Russia for its actions and was not resolved to forcefully prevent future meddling.

“The law is clear: the president must sanction individuals with financial ties to Russia’s defense and intelligence sectors or waive them by certifying that Russia has reduced cyberattacks against the United States. The president has done neither.

“The president’s decision is especially troubling considering Russia’s ongoing intrusions into our domestic affairs and CIA Director Pompeo’s confirmation that Russia is preparing to interfere with our upcoming elections.

“By not imposing sanctions now, the president is placing Russian interests over the rule of law.”