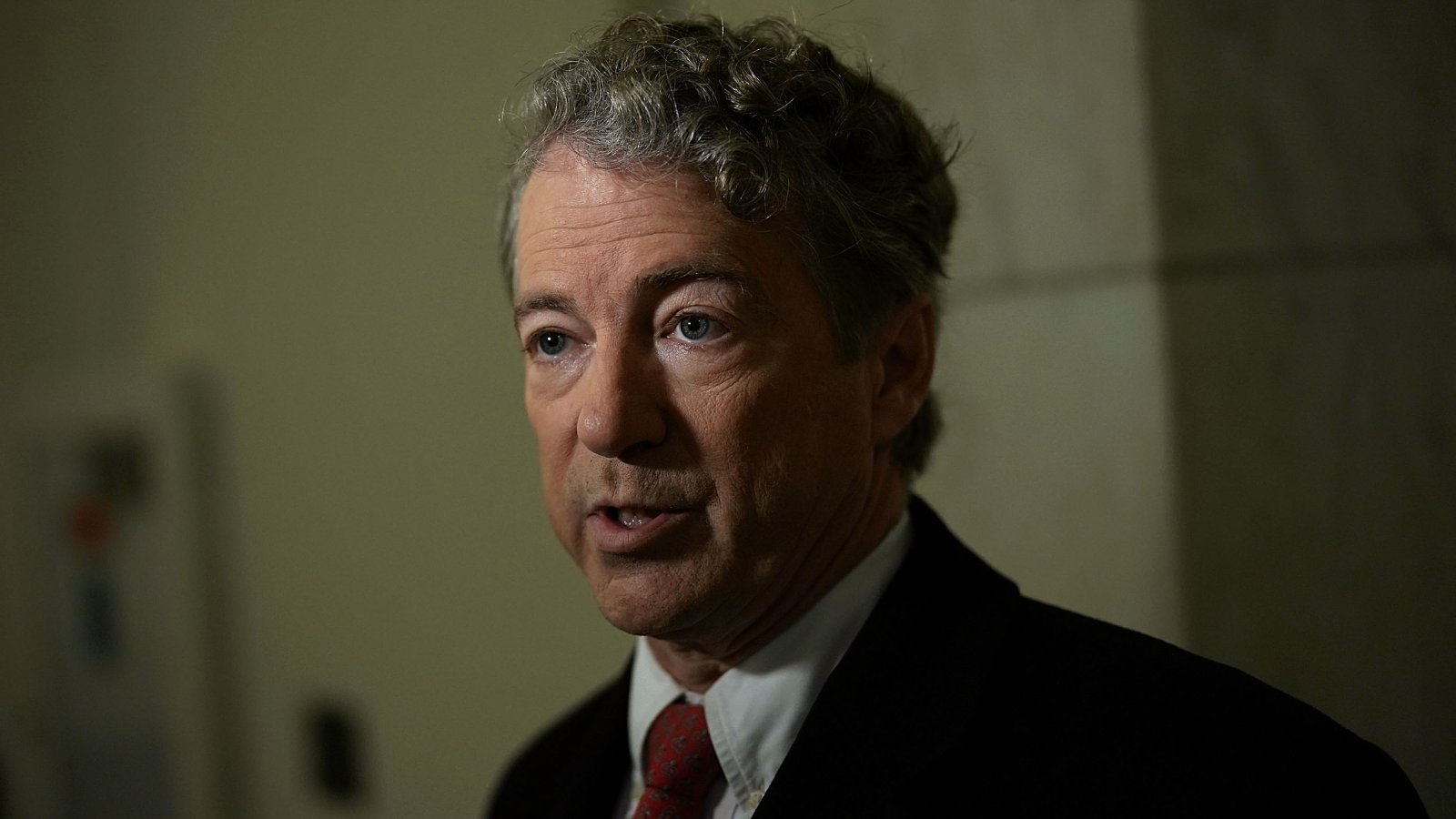 Republican Senator Rand Paul (R-KY) is in Moscow today, not on any official government trip but as part of a "private group," according to a spokesman for the U.S. Embassy there.

Paul (R-Ky.) met with several Russian senators including Sergey Kislyak, Russia’s former envoy to Washington and a key player at the heart of the election meddling scandal that continues to rock relations between the United States and Russia.

In a meeting at Russia’s upper house of parliament, Paul also invited Russian lawmakers to meet with U.S. Congress members, in Washington or elsewhere, Interfax news agency reported him as saying. “I think this is in­cred­ibly important,” Paul said after the high-profile sit-down.

That meeting could take place as soon as this fall, said Konstantin Kosachev, head of the foreign relations committee in the upper house.

"I am pleased to announced that we will be continuing this contact," Paul, a Kentucky Republican, said in Moscow. "We agreed and we invited members of the Foreign Affairs Committee of Russia to come to the US to meet with us in the US, in Washington."

Paul is in Moscow meeting with Russian lawmakers in a trip he sees as a continuation of US President Donald Trump's diplomatic outreach to Russian President Vladimir Putin, and comes several weeks after Trump invited Putin to DC as well. Paul has been one of Trump's most outspoken supporters following the criticism Trump faced -- including from some within his own party -- for the US President's handling of his meeting with Putin in July.

It is not clear whether Senator Paul even mentioned the issue of election interference as U.S. national security officials and advisors warn Russian attacks on our nation's democratic institutions continue. The Russians, on the other hand, made it clear they are interested in the U.S. releasing suspected foreign agent Maria Butina.

When asked by CNN whether the issue of Russian interference came up, Paul said he had "general discussions about a lot of issues."

Senior Russian lawmaker Konstantin Kosachev, who was also in the room, reiterated the Russian position that "there was no interference in 2016," adding "there of course will not be any interference in the elections this year."

Russian state media also reported that Slutsky asked Paul about Maria Butina, the Russian national charged with conspiracy to act as an agent of Russia within the US.

"We are interested in non-proliferation (of small and medium-range missiles). We are interested (in the topic of) sanctions, we are interested in Maria Butina and her early release. We will continue our conversation with our American counterparts tomorrow on these and other most likely regional issues of the international agenda," Slutsky said, according to Russian state media. "We hope and expect that our colleagues will conduct the necessary consultations with Washington, and tomorrow we can consult about a roadmap and the plan of actions (on Butina's case)."