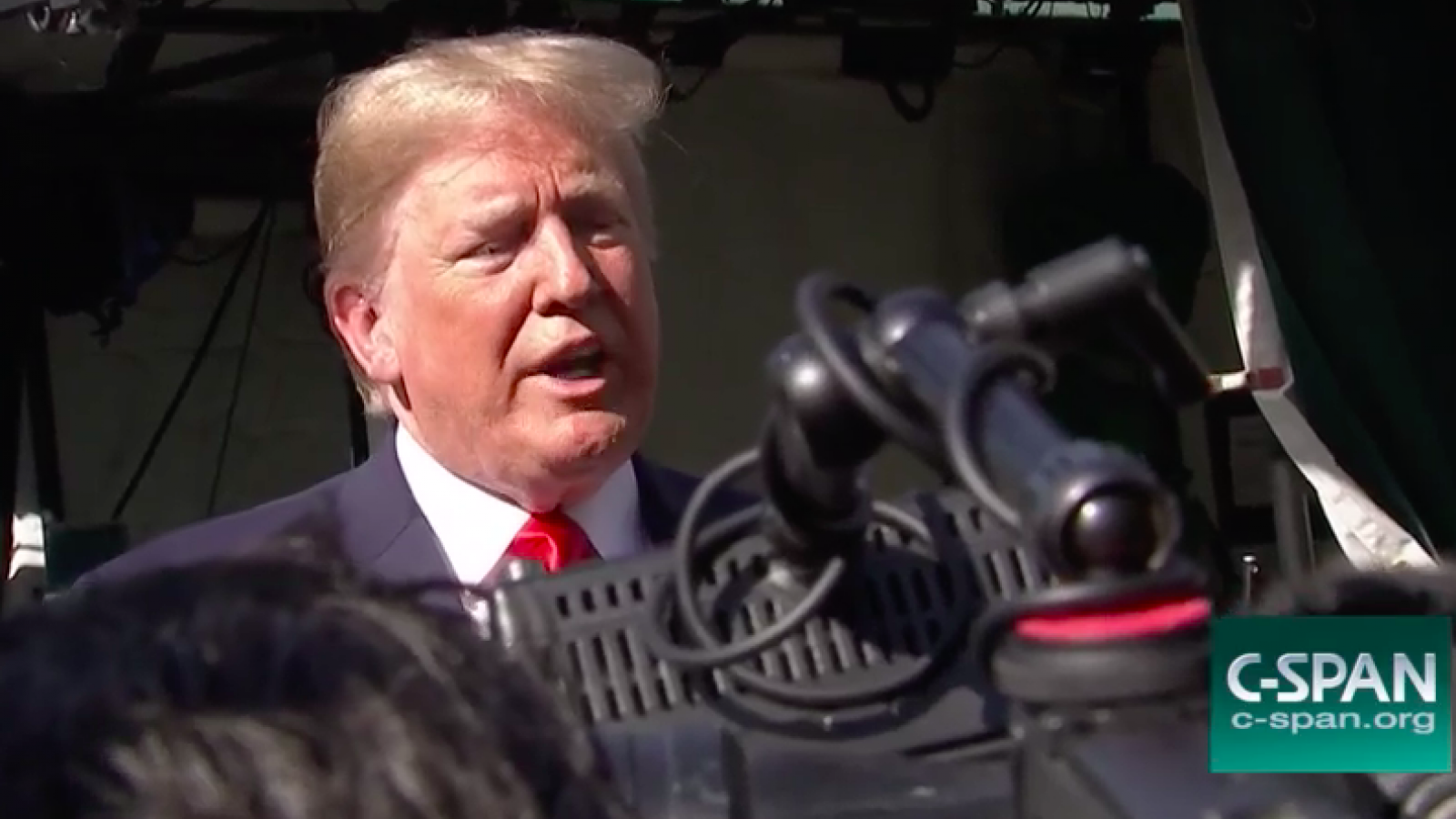 Trump claimed the report showed bias against him, even though the report concluded the investigation showed no political bias.

On the Russia investigation:

"The problem with the Mueller investigation is everybody has massive conflicts. You have [Andrew] Weissmann who was at Hillary Clinton's funeral, her party that turned into a funeral. They were screaming and crying."

"I did nothing wrong. There was no collusion. There was no obstruction. The IG report yesterday went a long way to show that. And I think that the Mueller investigation has been totally discredited."

Trump claims he always has hated the "war games" with South Korea because they cost too much in spite of evidence Trump got the idea to halt the military exercise from Vladimir Putin in January.

"Manafort has nothing to do with our campaign. But I feel a little badly about it. They went back 12 years to get things that he did 12 years ago. Paul Manafort worked for me for a very short period of time ... He worked for me for what, 49 days or something? A very short period of time. I feel badly for some people because they've gone back 12 years to find things about somebody. And I don't think it's right. I don't think it's right that they burst into a lawyer's office on a weekend and early in the morning. I've never heard of that before."

On whether he is considering pardons for his associates:

"I do want to see people treated fairly. That's what it's all about."

On whether he's concerned Cohen will cooperate:

"No I'm not worried because I did nothing wrong."

On whether he dictated the statement on Donald Trump Jr.:

"If you read the IG report, I've been totally exonerated."

Are you going to meet with Putin this summer?

No one asked President Trump about Russia rejoining the G7. He brought that up unprompted on the White House lawn last Friday.

Trump then confuses Ukraine with Syria and claims losing Crimea was a result of President Obama, by not "going across the red line in the sand."

"I went across it, with the 59 missile hits. But President Obama, when he didn't go across the red line, what he gave away, nobody even knows."

"One more time. President Obama gave away Crimea. That never should have happened. Goodbye, everybody."