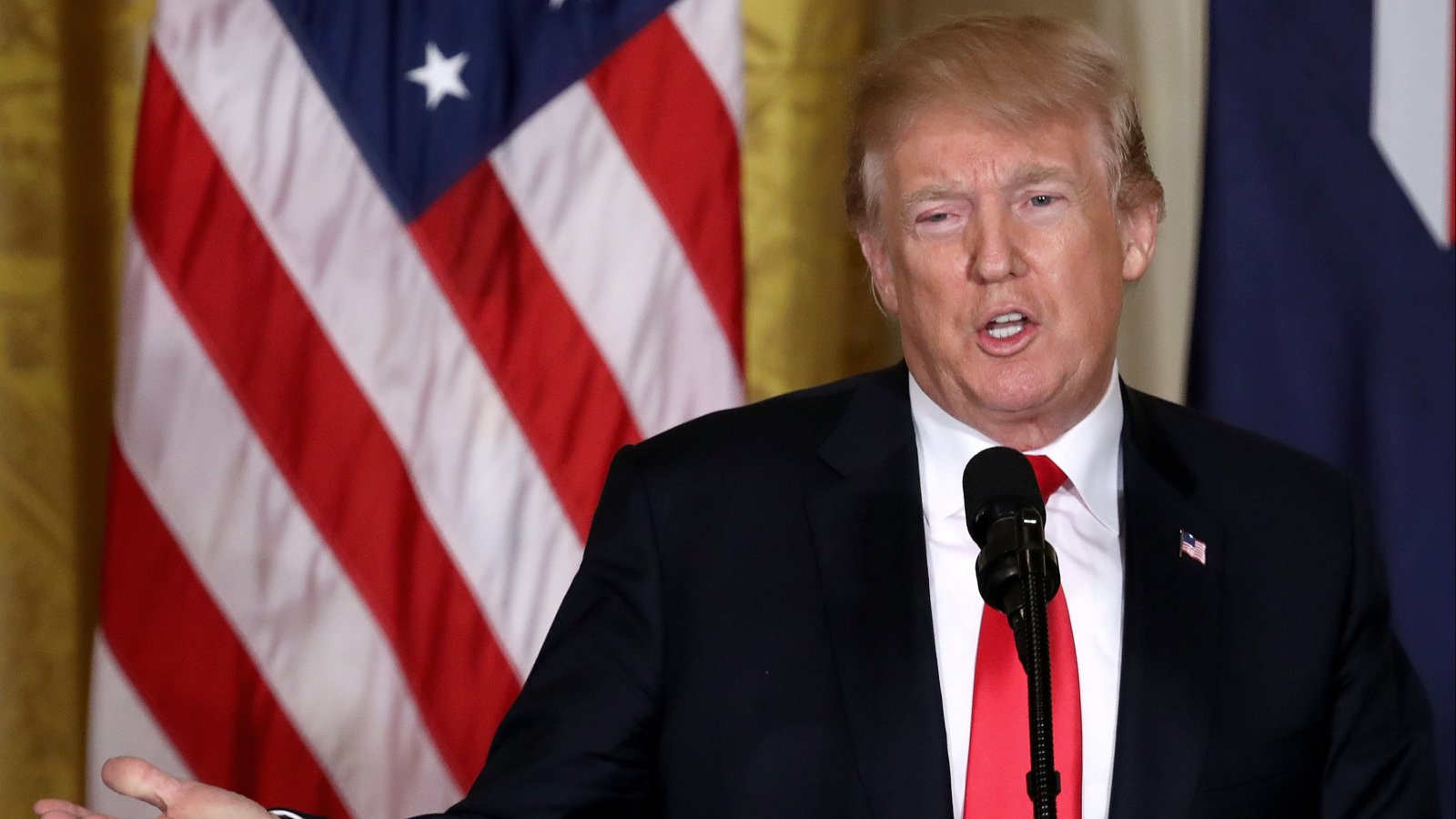 According to The New York Times, President Trump has asked at least two witnesses what they discussed with Special Counsel Robert Mueller's investigators, ignoring his lawyers' advice not to discuss the Russia investigation so as not to create the appearance of obstruction of justice or witness tampering.

In the other episode, Mr. Trump asked his former chief of staff, Reince Priebus, how his interview had gone with the special counsel’s investigators and whether they had been “nice,” according to two people familiar with the discussion.

Legal experts said Mr. Trump’s contact with the men most likely did not rise to the level of witnesses tampering. But witnesses and lawyers who learned about the conversations viewed them as potentially a problem and shared them with Mr. Mueller.

President Trump's lawyers still are negotiating the terms of a possible interview with Mueller, who already is investigating whether the president attempted to obstruct justice by firing FBI Director James Comey.

The experts said the meetings with Mr. McGahn and Mr. Priebus would probably sharpen Mr. Mueller’s focus on the president’s interactions with other witnesses. The special counsel has questioned witnesses recently about their interactions with the president since the investigation began. The experts also said the episodes could serve as evidence for Mr. Mueller in an obstruction case.

“It makes it look like you’re cooking a story, and prosecutors are always looking out for it,” said Julie R. O’Sullivan, a law professor at Georgetown University and expert on white-collar criminal investigations.

The Times details how each of the president's encounters with McGahn and Priebus played out.

Mr. Trump’s interactions with Mr. McGahn unfolded in the days after the Jan. 25 Times article, which said that Mr. McGahn threatened to quit last June after the president asked him to fire the special counsel. After the article was published, the White House staff secretary, Rob Porter, told Mr. McGahn that the president wanted him to release a statement saying that the story was not true, the people said.

Mr. Porter, who resigned last month amid a domestic abuse scandal, told Mr. McGahn the president had suggested he might “get rid of” Mr. McGahn if he chose not to challenge the article, the people briefed on the conversation said.

Mr. McGahn did not publicly deny the article, and the president later confronted him in the Oval Office in front of the White House chief of staff, John F. Kelly, according to the people.

Mr. Priebus met with the president in the West Wing in December, according to the people with knowledge of their encounter. Allies of Mr. Priebus, who was fired by Mr. Trump in July, have cautioned him to keep his distance. But Mr. Priebus, who is seeking to build a law practice as a Washington power broker who can open doors for clients, has maintained contact and occasionally visited the White House to see Mr. Trump and his own replacement, Mr. Kelly.

Mr. Trump brought up Mr. Priebus’s October interview with the special counsel’s office, the people said, and Mr. Priebus replied that the investigators were courteous and professional. He shared no specifics and did not say what he had told investigators, and the conversation moved on after a few minutes, those briefed on it said. Mr. Kelly was present for that conversation as well, and it was not clear whether he tried to stop the discussion.