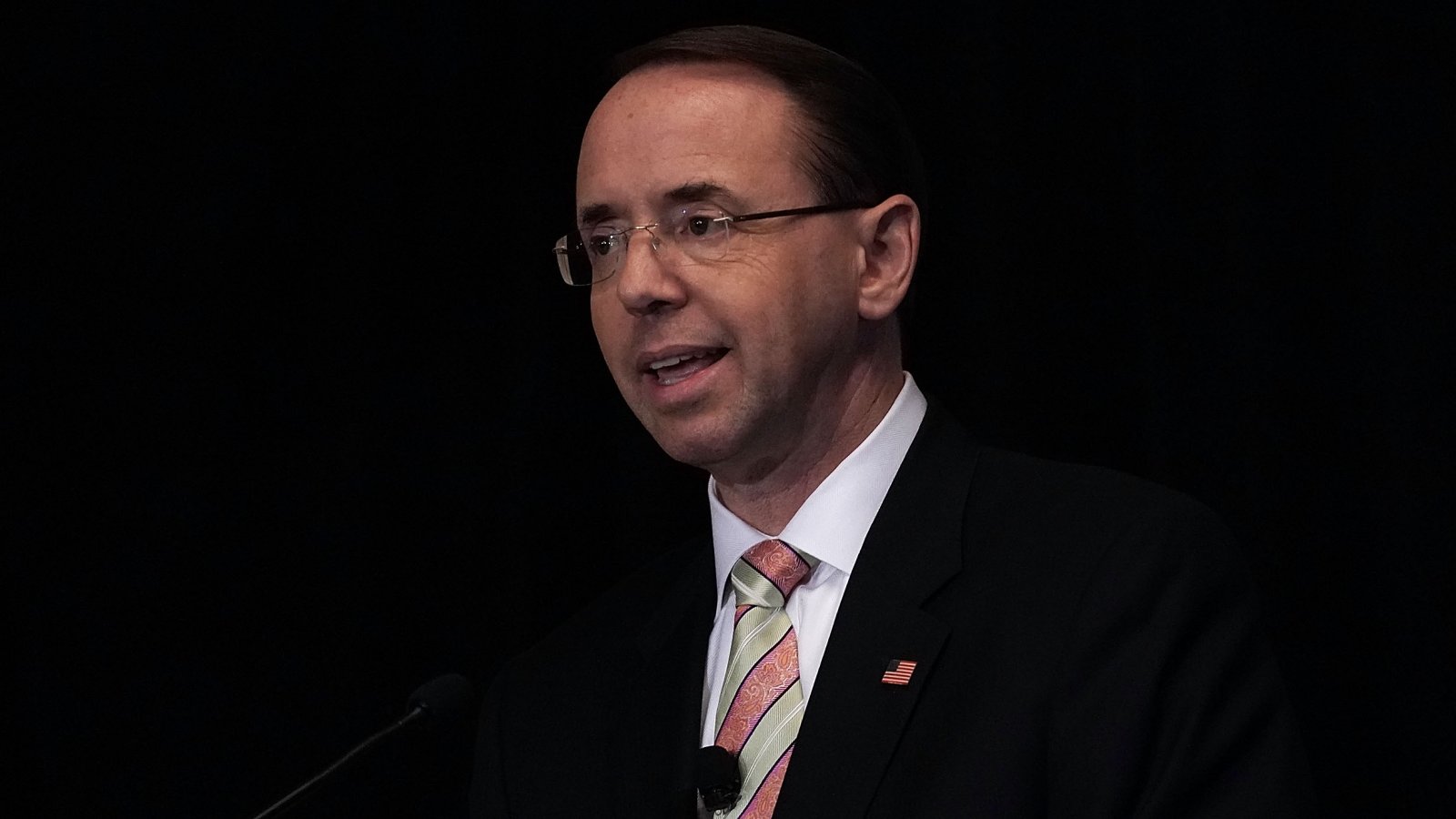 Deputy Attorney General Rod Rosenstein was expected to leave the Justice Department mid-March, but now it seems the man who appointed Special Counsel Robert Mueller and spent almost two years overseeing his investigation will hang on a little longer.

Rosenstein has been overseeing the Russia investigation and as CNN has reported, he has signaled to other officials that he would leave when he was satisfied that special counsel Robert Mueller's investigation was either complete or close enough to completion that it was protected.

... [S]ources close to the deputy attorney general say Rosenstein has not yet given his two weeks notice. He remains at the DOJ as Special Counsel Robert Mueller’s Russia probe enters what is widely believed to be its final phases. There has been much speculation that Rosenstein would like to stay in his post until the investigation concludes.

DOJ sources confirmed to Fox News that Rosenstein is still the primary liaison between department headquarters and Mueller’s office, even though the recently confirmed [Attorney General William] Barr has ultimate oversight over the Russia investigation.

When Mueller’s report on Russian meddling in the 2016 election is complete, he is expected to hand his findings to Barr. It is unclear what will happen after that.

Rosenstein hanging on at DOJ amid Mueller probe wind-down, despite plans to leave by now (Fox News)