Giuliani: Collusion Could Have Happened 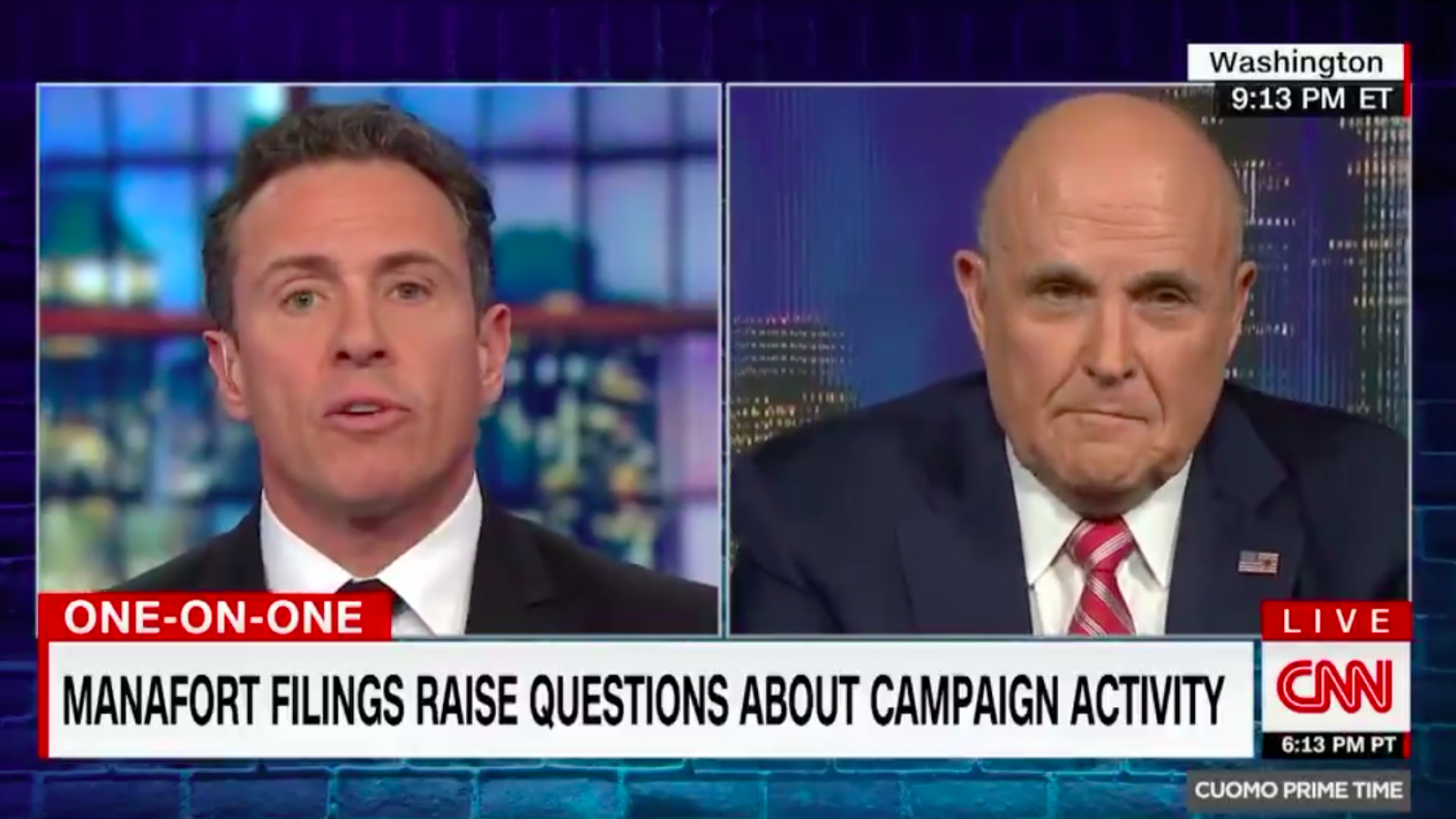 UPDATE 2 (1-17-19): Giuliani spoke to NBC News Thursday about his remarks on CNN last night in which he conceded there may have been collusion between someone on the Trump campaign and Russia.

"No," he said, when asked if his comments Wednesday night represented a change from his previous remarks. "If it was, it was subconscious."

In July 2018, the president's attorney said in Fox New interview that there had been "no collusion," but that "collusion is not a crime." At that time, he asserted that no one in "the upper levels of the Trump campaign" colluded with Russia, adding that he had "no reason to believe anybody else did" either.

Trump has repeatedly and emphatically denied that any collusion between his campaign and Russia took place.

"There was nobody to collude with," Trump said at a press conference alongside Vladimir Putin last summer. "There was no collusion with the campaign."

In a tweet from last February, Trump said his campaign "did nothing wrong — no collusion!"

And prior to his former national security adviser Michael Flynn's sentencing hearing last month, Trump tweeted that it was going to be "interesting to see what he has to say, despite tremendous pressure being put on him, about Russian Collusion in our great and, obviously, highly successful political campaign."

"There was no Collusion!" he added.

In sharp reversal, Giuliani now claims: 'I never said there was no collusion between the campaign' and Russia (NBC News) 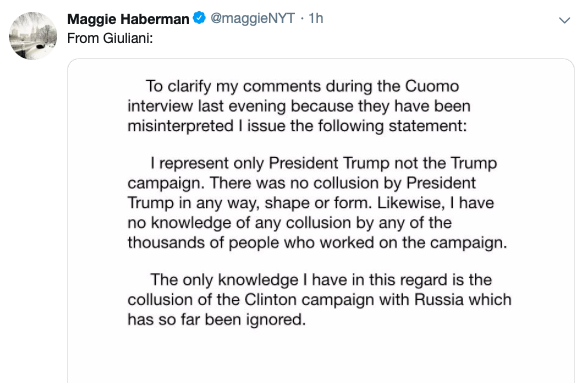 Rudy Giuliani, appearing on CNN Wednesday night, said he knows President Trump didn't do anything wrong, but he can't vouch for anyone else on the campaign. He adds that if collusion did take place, it would have been a long time ago.

In an interview with CNN's Chris Cuomo on "Cuomo Prime Time," Giuliani, a former New York mayor and Trump's attorney, said he doesn't know if other people in the campaign, including former campaign chairman Paul Manafort, were working with the Kremlin during the 2016 presidential race.

... [Paul] Manafort, while serving as Trump's campaign chairman, tried to send [sic] internal polling data from the Trump campaign with two Kremlin-supporting Ukrainian oligarchs through his associate Konstantin Kilimnik, a Russian national who is linked to Russian intelligence.

"Donald Trump wasn't giving polling data to anyone," Giuliani said, adding, "he did not know about it until it was revealed a few weeks ago in an article."

Trump himself has tweeted at least 13 times directly saying there was no collusion between the Trump campaign and the Russian government. The latest such denial came on December 10.

Here is a segment of the video posted on Twitter: 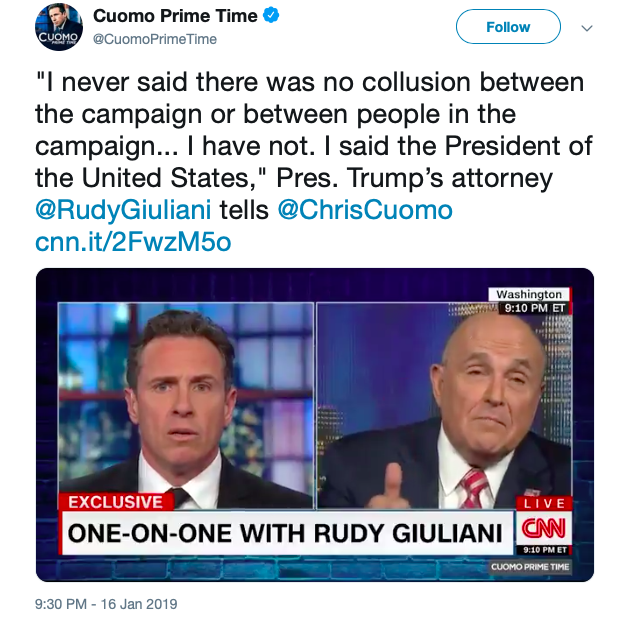