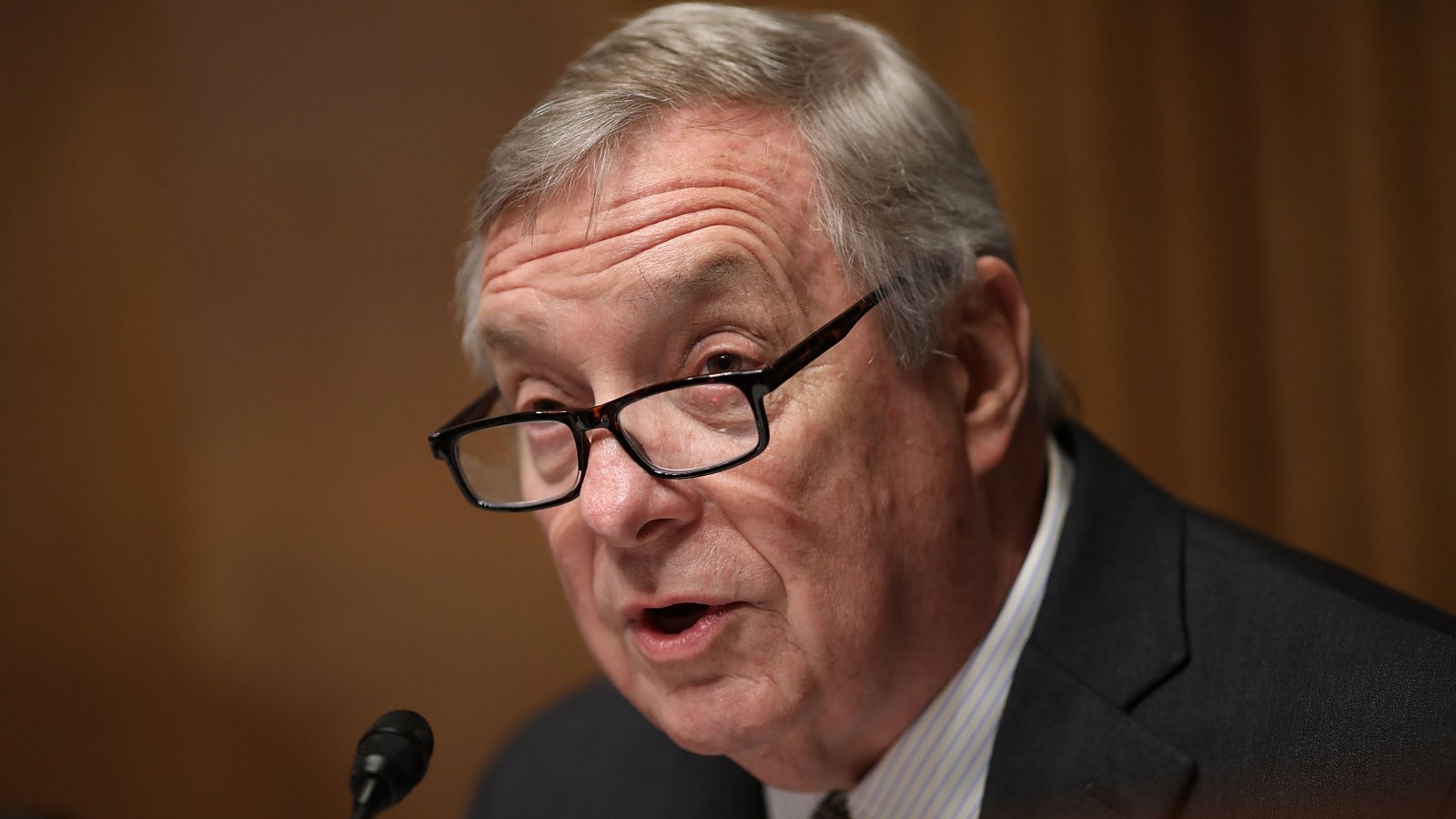 Senators Dick Durbin (D-IL) and Chris Coons (D-DE), members of the Senate Judiciary Committee, have released statements urging the Senate to reject President Trump's nominee to head up the Department of Justice's Criminal Division because of his history working for Alfa Bank.

From Senator Durbin, who also addressed the matter on the Senate floor Tuesday:

While he was seeking a DOJ position in 2017, Mr. Benczkowski chose to represent Alfa Bank, a massive private commercial bank in Russia closely allied with President Vladimir Putin and his government, and he has refused to pledge to recuse himself from Russia-related matters if confirmed. In a speech on the Senator floor, Durbin argued that Mr. Benczkowski, a former top aide to then-Senator Jeff Sessions, does not have the prosecutorial experience and has not shown the independence and judgment to credibly lead the Criminal Division and oversee its 600 prosecutors who are handling sensitive matters, such as the criminal investigation of Michael Cohen.  Senator McConnell has scheduled a vote on Mr. Benczkowski for this afternoon.

“I cannot believe that the Republican Party couldn’t find one experienced prosecutor in the United States to take over the Criminal Division of the Department of Justice,” said Durbin. “Add to that the fact that Mr. Benczkowski represented Alfa Bank, which is under suspicion as to its activities, and the close connection between Alfa Bank and its owners with Vladimir Putin and Russia, and the ongoing Russia investigation which he will not commit to recuse himself from if confirmed.  The list goes on and on and on.  This is the wrong man for this job.”

In May, Senate Judiciary Committee Democrats, led by Durbin, wrote to President Trump and called on him to withdraw Mr. Benczkowski’s nomination.  The members did not receive a response to their letter.  Mr. Benczkowski has never served as a prosecutor and he has never tried a case.

“In the midst of an ongoing investigation into Russian interference in the 2016 presidential election, I’m deeply concerned by the nomination of Brian Benczkowski to serve as the Assistant Attorney General for the Department of Justice’s Criminal Division. Given his lack of relevant experience and ties to a Russian bank, I’m confident that Mr. Benczkowski is not the nominee our country needs at this critical moment.

“Every American should expect that the person nominated for this important position is qualified to meet the weighty demands of the job, and every American is entitled to the assurance that the Department of Justice is entirely independent and impartial. Mr. Benczkowski does not pass this test. I encourage the administration to send us qualified, capable nominees without concerning Russia connections.”