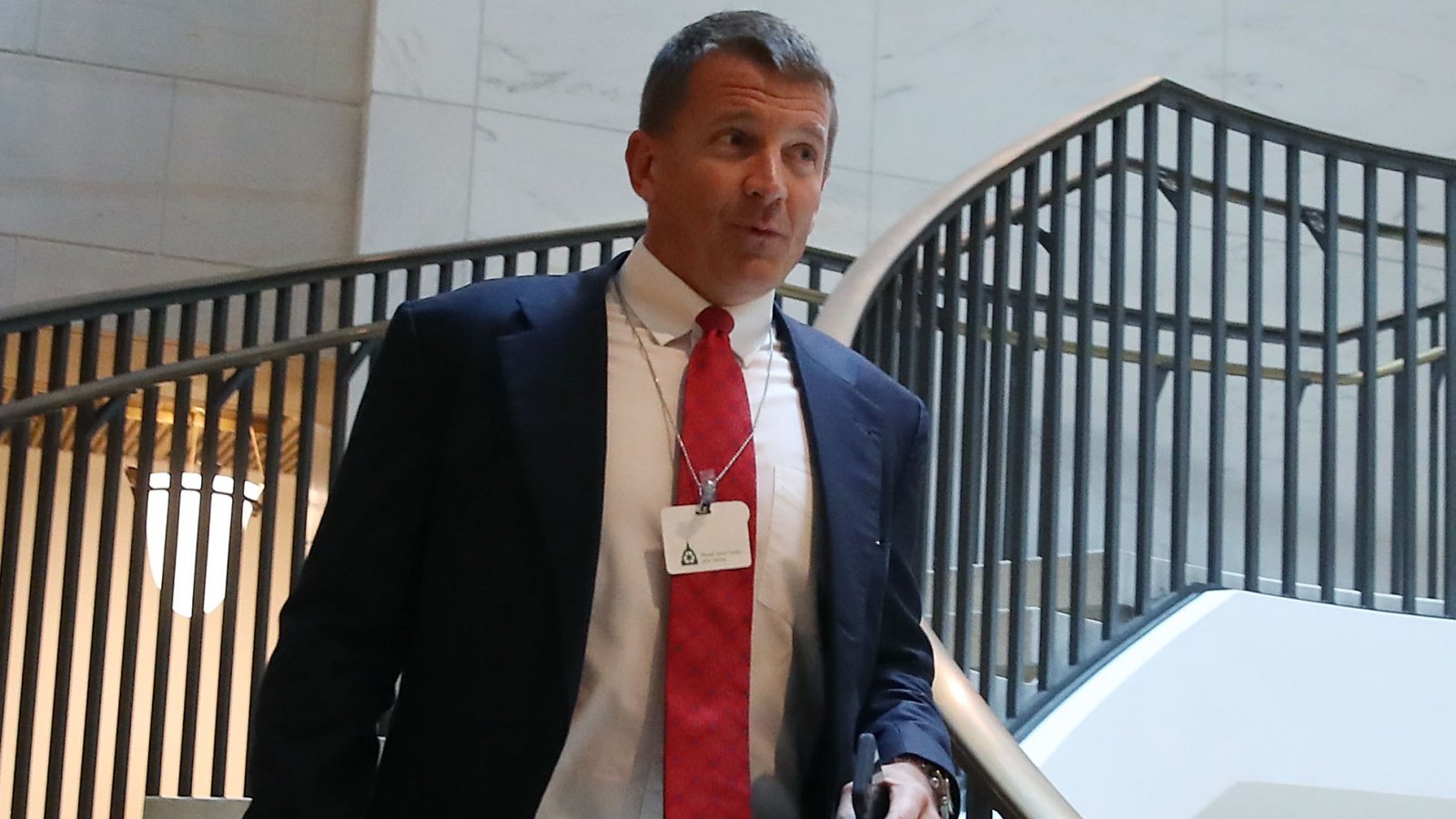 NJ Advance Media has obtained airport flight data for the days surrounding the time a series of curious meetings took place in January 2017 in the Seychelles and reports a Russian plane tied to the Russian government arrived the day before the one meeting of most interest to Special Counsel Robert Mueller.

Much speculation has centered on one particular meeting that took place between Erik Prince, founder of the security company Blackwater, Kirill Dmitriev, the director of one of Russia's sovereign wealth funds, and Crown Prince Mohammed Bin Zayed Al-Nahyan, the effective ruler of the United Arab Emirates (also known as "MBZ").

Few details have emerged about the contents of the meetings ...

But new details about a Russian aircraft that landed in the Seychelles the day before Prince has raised questions about the scope of the meetings that week and whether sanctions were a topic of conversation among participants.

The Russian aircraft in question departed from Moscow and landed in the Seychelles at 4:21 p.m. Jan. 10, 2017, according to the Seychelles Civil Aviation Authority -- one day before Prince arrived on the island. The aircraft carried six passengers, including flight crew.

Two individuals familiar with the aircraft's purchasing history said the aircraft is owned by Andrei Skoch, a Russian billionaire who made his fortune in the mining business and is now a deputy in the Russian State Duma, the country's legislative body ...

It is unclear if Skoch was on the aircraft, but employees at the Seychelles airport and the Four Seasons Hotel told NJ Advance Media that the plane's passengers stayed at the resort during their time on the island. The hotel was the setting of meetings among Prince, UAE representatives and Dmitriev ...

Dmitriev's fund, the Russian Direct Investment Fund, is under sanctions, and the Treasury Department added Skoch to its list of sanctioned Russian nationals in April.

In his testimony [before the House Intelligence Committee in December], Prince denied discussing sanctions with Dmitriev and said he met the CEO of the Russian Direct Investment Fund by chance.

But if Skoch participated in the Seychelles meetings that week in January 2017, it would raise the possibility state business, including sanctions, was discussed.

Whatever was discussed on the island that week in January 2017, flight records and interviews conducted with those familiar with Mueller's probe suggest the meetings in the Seychelles connect powerful players from Russia, the U.S., the UAE and Saudi Arabia across the political, financial and defense worlds.

Other individuals on the island that week include Alexander Mashkevitch, an alleged financier of Bayrock, an investment vehicle linked to Trump, was in the Seychelles. Mashkevitch's spokesman said the businessman was on the island for a family trip. Flight records show he flew in alone Jan. 10, 2017.

Sheikh Abdulrahman Khalid BinMahfouz, whose father was a billionaire and former chairman of Saudi Arabia's first private bank, was also on the island, as was George Nader, a Lebanese-American businessman with ties to the White House and the Republican National Committee.