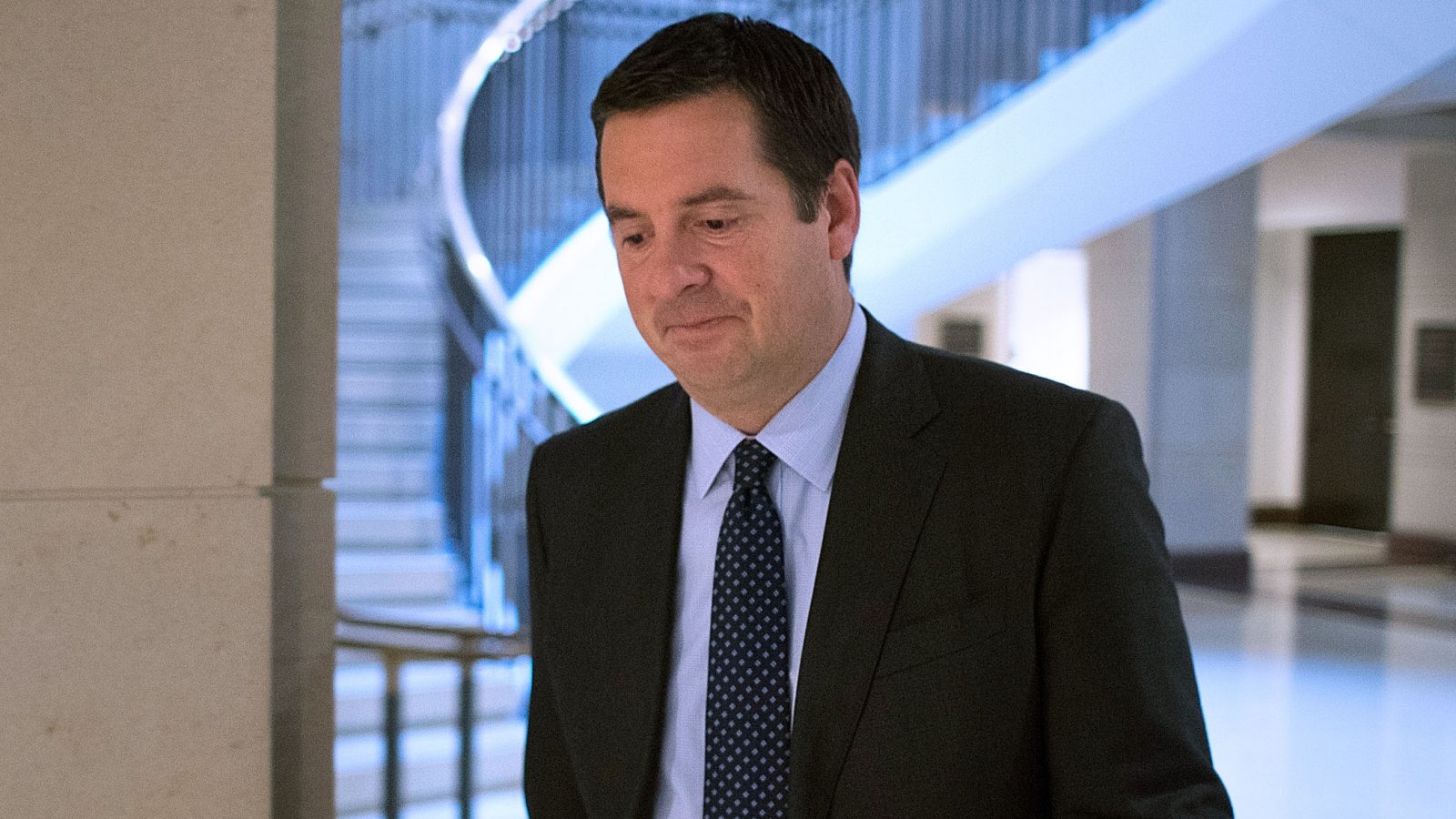 After threatening Deputy Attorney General Rod Rosenstein with contempt of Congress or impeachment and being granted the opportunity to review "a copy of the electronic communication formally authorizing the FBI's investigation into Russian interference in the 2016 election," Nunes showed no interest.

Facing the growing pressure, and outrage from President Donald Trump, Rosenstein finally relented in early April -- and granted Nunes and Rep. Trey Gowdy of South Carolina access to the document with only minimal redactions to protect the name of a foreign country and agent, along with all members of the House Intelligence Committee.

But when the pair arrived at the Justice Department to review the electronic communication, officials were caught off-guard by his next move. Nunes -- sitting with a copy of the document in an unopened folder directly in front of him -- opted not to read it, according to four sources with knowledge of the situation.

Gowdy, chairman of the House Oversight Committee, reviewed a copy and since then nearly a dozen other lawmakers have gone to the Justice Department to read the document, sources say.

As Nunes has moved aggressively to publicly sow doubt about the Russia investigation, the moment marked at least the second time that he has demanded sensitive documents from the Justice Department, only to choose not to read them -- allowing his staff or Gowdy to pore through the materials instead. The California Republican admitted in February that he did not read any applications under the Foreign Intelligence Surveillance Act to monitor former Trump campaign adviser Carter Page.

The fact that Rep. Nunes keeps pushing for and threatening the DOJ over information he isn't reading is suspicious.

[C]ritics say it's another sign Nunes is merely interested in wielding his power to target his political enemies and give cover to Trump, rather than independently learning about the nuances of a complex investigation.

CNN reveals when asked directly whether he had read the documents, Nunes twice refused to say yes or no, as did his spokesman, and yet he continues to attack the Justice Department at every turn.

Rep. Gowdy, who has ready the documents, has a different take.

[U]nlike Nunes, Gowdy has defended the Mueller investigation amid criticism within his own party.

Gowdy spokeswoman Amanda Gonzalez said her boss has "read everything he has been asked to read," including the electronic communication with minimal redactions and the FISA documents about the surveillance on Page. She said he "fully supports" the Russia investigation and the asking of "fair but firm" questions of officials in the Executive Branch.

"While he was not surprised by what he read, Chairman Gowdy does have additional questions for the drafter of the EC," Gonzalez said, referring to the electronic communication. "As Chairman Gowdy has said many times, he fully supports Special Counsel Mueller's investigation, and believes Mueller should be given the time, the independence, and the resources to conduct a thorough investigation."