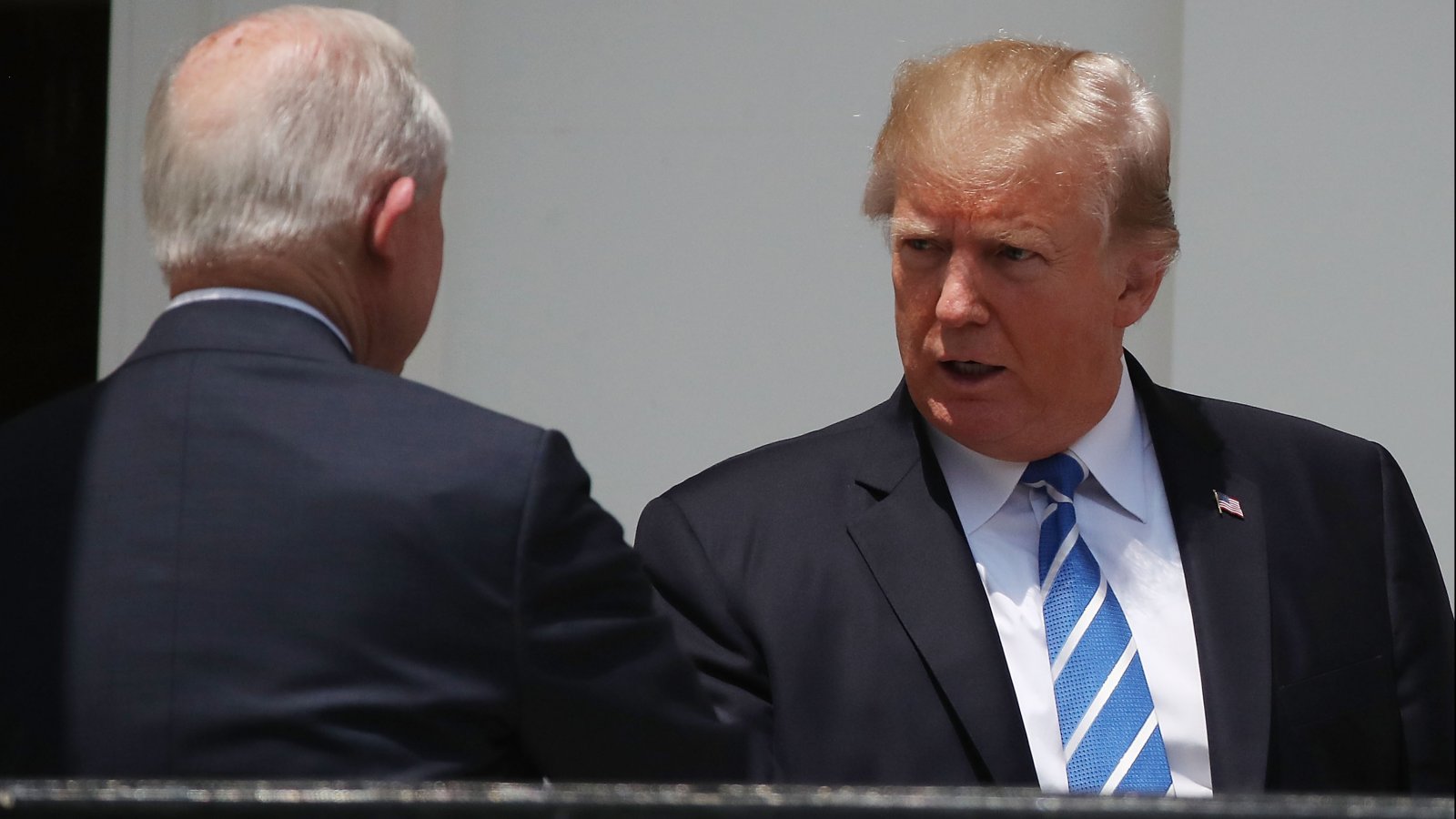 UPDATE: Attorney Mark Zaid is tweeting that he represents Cohen-Watnick. He says everything the media has reported is wrong and everyone in DC should have a lawyer. 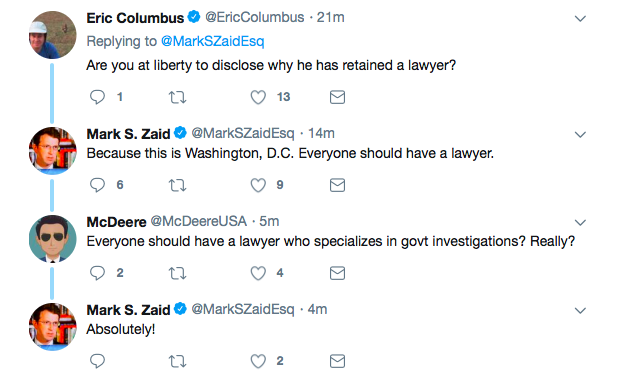 This is the second time the president personally has stepped in on Cohen-Watnick's behalf.

Cohen-Watnick was the Senior Director of Intelligence Programs for the National Security Council before leaving on August 2, 2017 at the request of National Security Advisor H.R. McMaster who expressed the need for someone with “a different set of experiences” in the position. McMaster tried to remove Cohen-Watnick in March, but the young aide appealed the decision to Steve Bannon and Jared Kushner who took it directly to the President. Trump personally stepped in and saved the 30-year-old’s job.

Former National Security Advisor Michael Flynn initially brought Cohen-Watnick onto the Trump transition team and then into the Administration. The two men allegedly shared a distrust of the CIA, affection for Russia, and a hatred for Iran.

As a matter of policy, the White House generally doesn’t approve the rehiring of staff who were fired, aides said. But after it became clear the president wanted Cohen-Watnick on Sessions’ staff, the move was approved.

The official, Ezra Cohen-Watnick, will play an important role at the Justice Department, advising Mr. Sessions on counterintelligence and counterterrorism.

Cohen-Watnick is tied to House Intelligence Committee Chairman Devin Nunes (R-CA), who recently shut down his committee's Russia investigation and continues to attack the DOJ and FBI, as they served together on the Trump transition team, and Cohen-Watnick was involved in Nunes' infamous midnight run to the White House in March 2017.

When President Trump tweeted unfounded claims the Obama Administration had wiretapped Trump Tower, Cohen-Watnick attempted to substantiate the accusations. Cohen-Watnick collected classified files that made mention of times Trump campaign officials turned up in routine surveillance of foreign individuals and shared them with the NSC’s top lawyer, John Eisenberg. The two then involved Michael Ellis, another NSC attorney who had worked for Representative Devin Nunes, chair of the House Intelligence Committee.

On the evening of March 21, 2017, Nunes got a phone call and rushed to the White House where he reviewed the collected classified documents. The next afternoon, he held a press conference saying he had information about Trump associates’ names turning up in foreign surveillance reports. He then went to the White House to brief the President before returning again to address the press.

On March 29, 2017, The New York Times identified Cohen-Watnick and Ellis as Nunes’ sources.

“Given Mr. Cohen-Watnick’s reported role in helping Congressman Nunes turn the House Intelligence Committee investigation into a partisan breeding ground for conspiracy theories, his new position with the Attorney General at such a sensitive time is deeply troubling,” Matt House, a spokesman for Senate Democratic Leader Chuck Schumer of New York, said in a statement. “Mr. Cohen-Watnick must not come anywhere near the Mueller investigation, and Democrats will watch like a hawk to ensure that’s the case.”