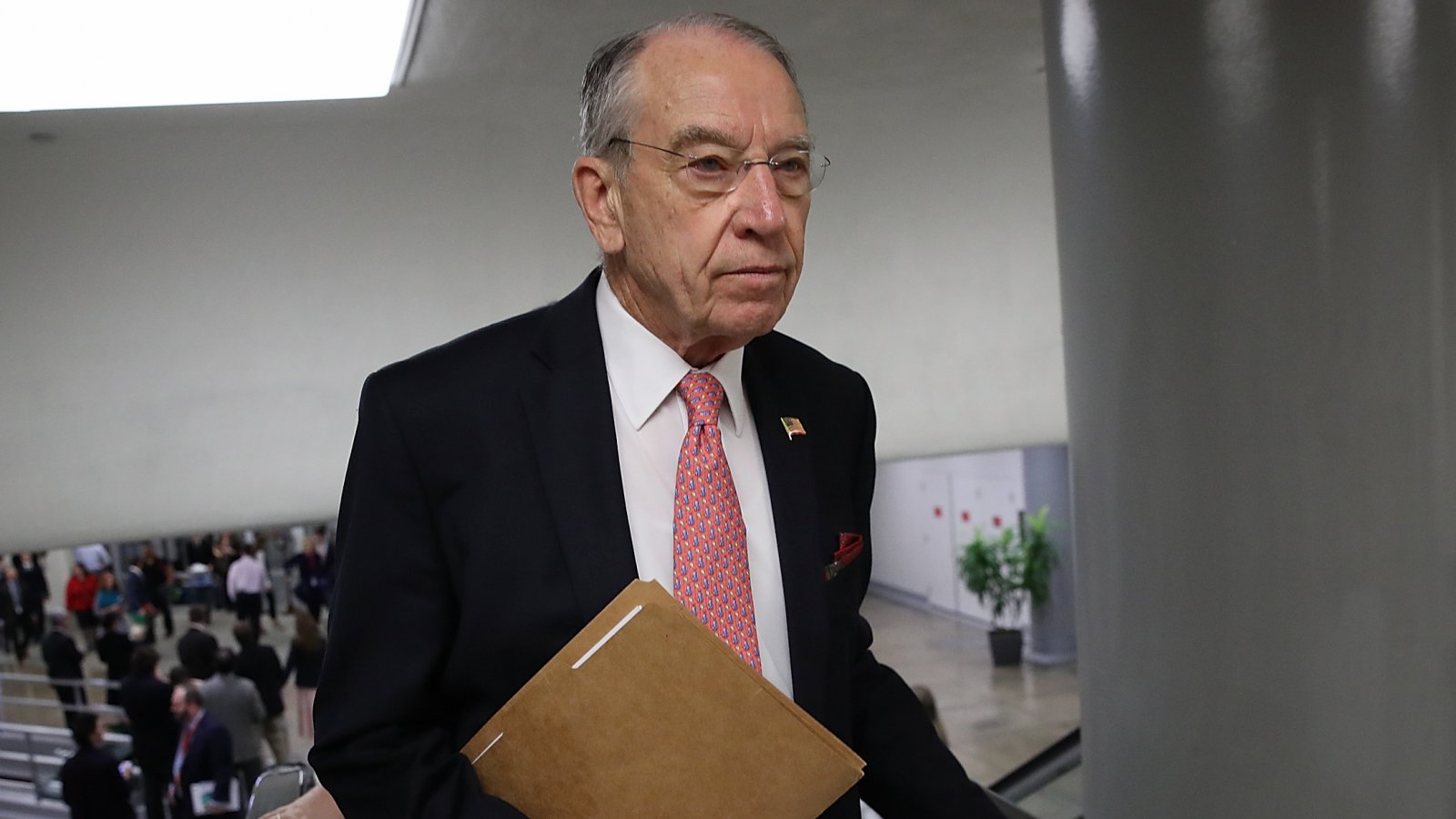 The Senate Judiciary Committee voted 14-7 Thursday in favor of a bill that would protect Special Counsel Robert Mueller should President Trump attempt to fire him without good cause.

A draft released by Chairman Charles E. Grassley (R-Iowa) on Wednesday night omitted language that would require the special counsel to notify congressional leaders “if there is any change made to the specific nature or scope” of the investigation. Democrats had feared that would allow Republicans to meddle and potentially tip off Trump and his allies to developments in the probe.

With that change, all of the Democrats on the committee joined Grassley and several other Republicans to advance the bill on a 14-to-7 vote.

In his prepared statement on consideration of the bill, Senator Grassley highlighted the importance of his revised amendment.

My amendment is also narrowly tailored so as not to interfere with the progress of an ongoing investigation, and to take into account national security and other concerns.

Transparency and accountability are in the public interest. The reporting requirements in my amendment will help Congress and the executive branch to do their jobs better.

In some ways, today’s vote will say a lot about how each of us views our responsibilities as Senators. We took an oath to protect and defend the Constitution of the United States, but we’re not judges or Presidents. We are stewards of the legislative branch. The founders anticipated that we would wield the powers the Constitution affords us with great ambition so that we could effectively check the powers of the other branches. This bill certainly does that.

It’s possible the bill goes too far, and I understand the position of those with strong constitutional objections who will vote against it. But, at the very least, if my amendment is adopted, it will require the executive branch to give more information to Congress. And that will enable to Congress to do its job more effectively, and to safeguard the interests of the American people.

The bill currently has little to no chance of becoming law, however, because Senate Majority Leader Mitch McConnell (R-KY) says he will not bring it to the floor for a vote.

But supporters of the legislation say its mere consideration in committee will send an important message to Trump that firing Mueller or his overseers at the Justice Department would spark a fierce backlash on Capitol Hill.

Democrats also held out hope that the bipartisan committee vote Thursday would persuade McConnell, who said last week that the bill is “not necessary,” to change his mind.

Democrats had raised alarms over a proposed draft Grassley circulated this week that would have required the attorney general to inform House and Senate Judiciary Committee leaders whenever the special counsel expanded or changed the scope of his or her investigation.

Lawmakers also stripped language from the amendment in advance of Thursday’s markup that would have required the special counsel to detail reasons that lawmakers could not publicize the information they receive.

The requirement that the judiciary committee leaders be notified in advance of such maneuvers is intended to give Congress some opportunity to take recourse — including potential impeachment — to prevent a special counsel from being terminated without cause. The bill is drafted so that the notification requirement will stand even if a court strikes down the provision that gives a fired special counsel the ability to appeal his or her dismissal to a panel of federal judges.

Several Senators weighed in after the committee vote, applauding the move and urging Senator McConnell to change his stance.

“Given President Trump’s statement just this morning that he may interfere with the special counsel’s investigation, it’s become even more of an imperative that Leader McConnell put this bill on the Senate floor for a vote immediately. Rather than waiting for a constitutional crisis, the full Senate should act now.

Senator Cory Booker (D-NJ), a co-sponsor of the the Special Counsel Independence and Integrity Act:

“This bill's bipartisan passage through the Judiciary Committee marks an important milestone and brings us to the next step in this process. I hope that Senator McConnell will listen to the growing crescendo of voices on both sides of the aisle calling for this legislation and bring it to the floor for a vote as quickly as possible.  It is our responsibility as good stewards of this republic to pass this bill. In this moment, we must set aside political tribalism and put our country and its institutions first.”

“While I do not believe President Trump intends to remove Special Counsel Mueller, I believe this legislation has enduring value for future special counsel investigations. It will help ensure that special counsels have the independence they need to conduct fair and impartial investigations with appropriate reporting to Congress, which in turn will reaffirm the American people’s confidence in our nation’s rule of law.

“I’ve repeatedly said that it is the responsibility of the supporters of this legislation to build the support it needs for consideration on the floor of the Senate, and I look forward to working with my colleagues to build that support.”