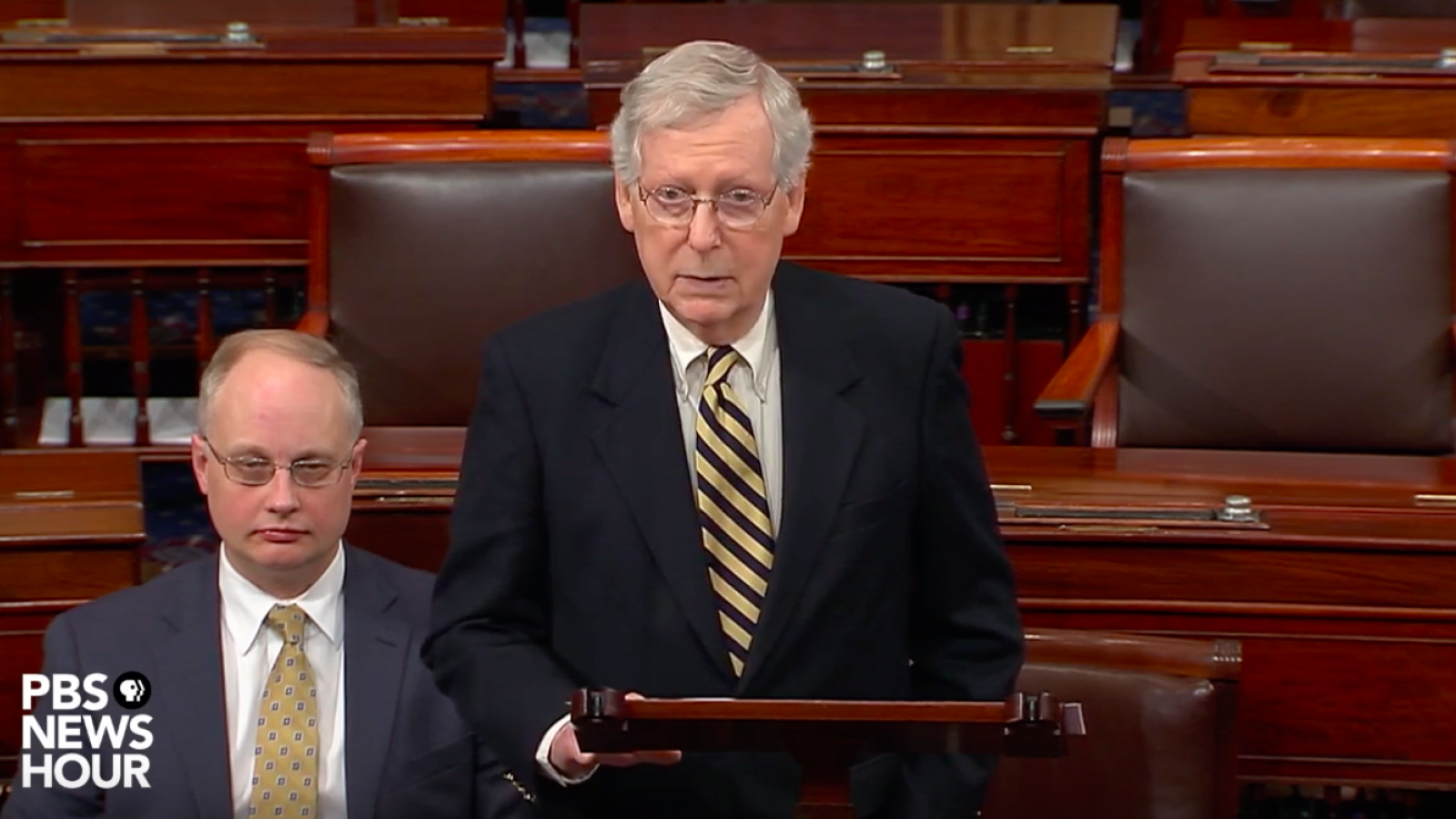 Minority Leader Charles Schumer (D-N.Y.) asked for unanimous consent for the nonbinding resolution, which cleared the House 420-0, to be passed by the Senate following Mueller's submission of his final report on Friday.

"Whether or not you're a supporter of President Trump or not, of what you feel, there is no good reason not to make the report public," Schumer said from the floor. "It's a simple request for transparency. Nothing more, nothing less."

But McConnell objected, noting that Attorney General William Barr is currently working with Mueller to determine what in his report can be released publicly and what cannot.

“The special counsel and the Justice Department ought to be allowed to finish their work in a professional manner,” McConnell said. “To date the attorney general has followed through on his commitments to Congress. One of those commitments is that he intends to release as much information as possible."

It's the second time a Republican senator has blocked Schumer's attempt to pass the House resolution.

The New York Democrat’s first attempt hours after the resolution cleared the House unanimously but Sen. Lindsey Graham (R-S.C.), the chairman of the Judiciary Committee, objected to his request.