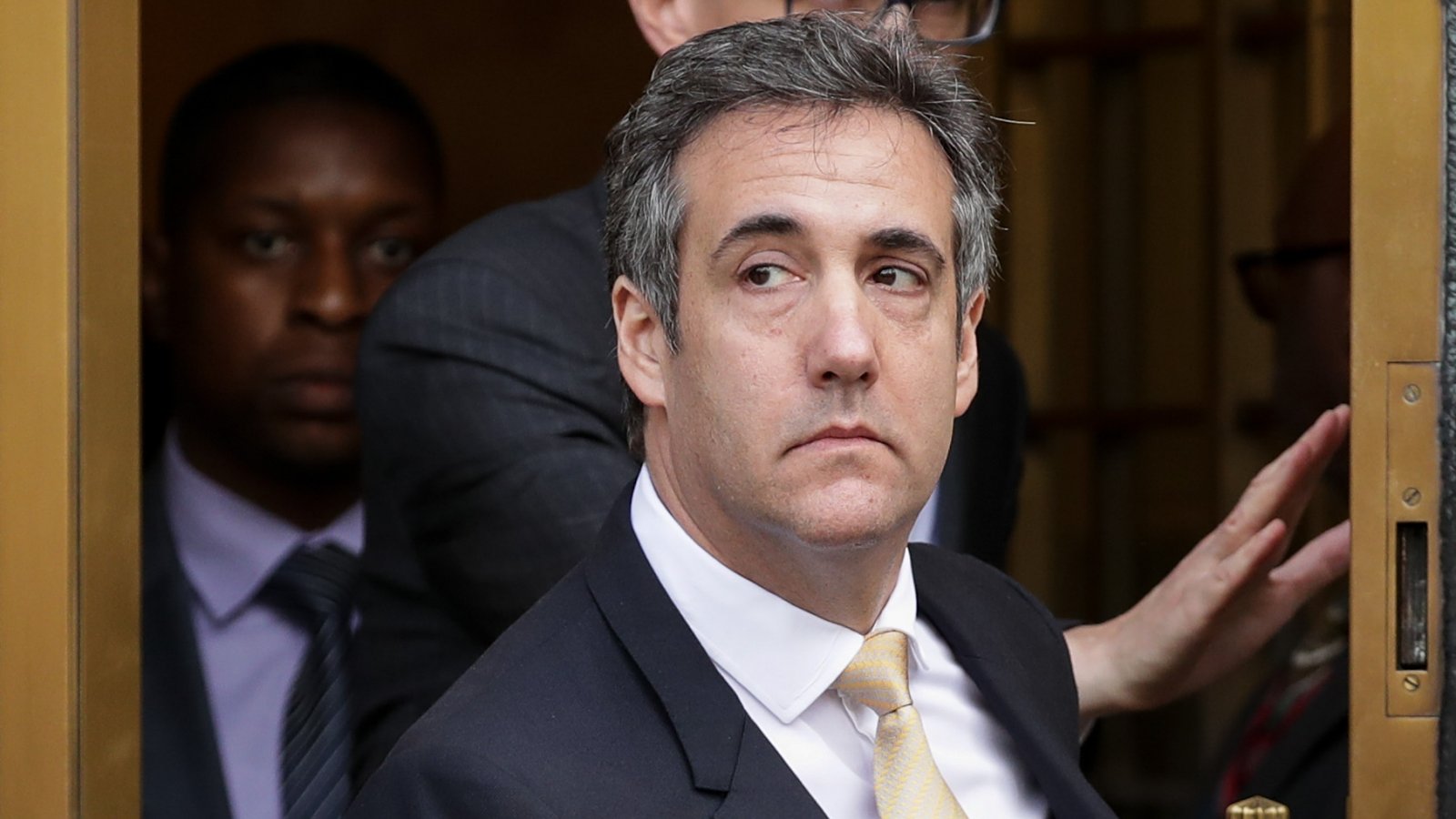 UPDATE: Via The Atlantic's Natasha Bertrand: 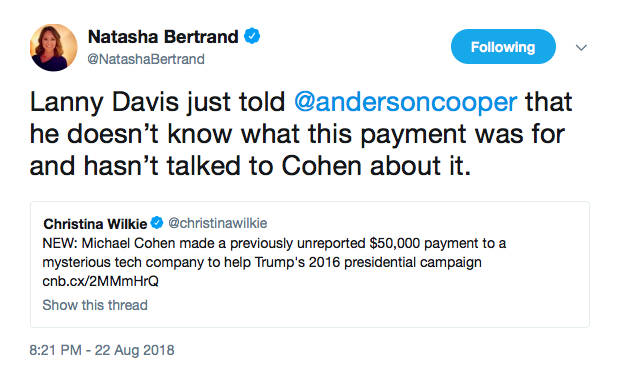 Tuesday night, we noticed the following on page 16 of the Southern District of New York U.S. Attorney's charges against Michael Cohen:

In or about January 2017, MICHAEL COHEN, the defendant, in seeking reimbursement for election-related expenses, presented executives of the Company with a copy of a bank statement from the Essential Consultants bank account, which reflected the $130,000 payment COHEN had made to the bank account of Attorney-1 in order to keep Woman-2 silent in advance of the election, plus a $35 wire fee, adding, in handwriting, an additional "$50,000." The $50,000 represented a claimed payment for "tech services," which in fact related to work COHEN had solicited from a technology company during and in connection with the campaign.

Michael Cohen was not an official member of the Trump presidential campaign. What technology company was he paying and why?

CNBC's Christina Wilkie had the same thought and went looking for answers, but no one from the White House, the Trump Organization, or the Trump campaign has responded yet to her questions.

The documents do not identify which tech company Cohen paid the money to, or what, exactly, the company did for him. But the mere existence of the previously unknown payment suggests that Cohen may have been doing more for Trump, and for the Trump campaign, than simply paying off women.

Furthermore, the way that Cohen reported the $50,000 expense to the Trump Organization in January 2017 suggests the money may not have been paid out through traditional financial channels.

According to prosecutors, Cohen presented Trump executives with bank records for several of the expenses he incurred on Trump's behalf. But for his $50,000 payment to a tech company, Cohen provided no paperwork, just a handwritten sum at the top of one of the other bank documents.

The Trump Organization would later say that the $50,000 was a "payment for tech services." However, prosecutors say the $50,000 "was in fact related to work Cohen had solicited from a technology company during and in connection with the campaign."

It's not clear exactly when Cohen spent the money, only that it was during the campaign. And without knowing precisely what it was for, it's difficult to tell whether Cohen violated the law by not reporting it as a campaign expense.

Cohen is not believed to have played any part in the official digital operations of the Trump 2016 campaign, nor did Cohen ever have a formal staff position on the campaign itself.

All of which only deepens the mystery of exactly what tech services Cohen was buying to help Trump's campaign.

In the 24 hours since Cohen pleaded guilty Tuesday, Davis, his lawyer, has repeatedly said that his client knows things that would be of interest to special counsel Robert Mueller, who is investigating the Russian attack on the 2016 U.S. presidential election.

Central to that investigation is the question of whether the Trump campaign conspired with the Russian government to sway the election in Trump's favor.

Cohen "is happy to tell the special counsel all that he knows, not just about the obvious possibility of a conspiracy to collude and corrupt the American democracy system in the 2016 election … but also, knowledge about the computer crime of hacking and whether or not Mr. Trump knew ahead of time about that crime and even cheered it on," Davis said during an appearance on MSNBC's "The Rachel Maddow Show" on Tuesday night.

Despite Davis' cryptic clues, there is nothing so far to indicate that the $50,000 in services that Cohen bought from the anonymous tech company were in any way related to the Russian cyber crimes and theft of emails that damaged Trump's Democratic opponent, Hillary Clinton.

It is entirely speculative to make any connection or draw any conclusions, but it is worth noting that pages 34 and 35 of the Steele dossier do discuss the role Michael Cohen allegedly played in figuring out how to get deniable cash payments to hackers working in Europe under direction of the Kremlin.