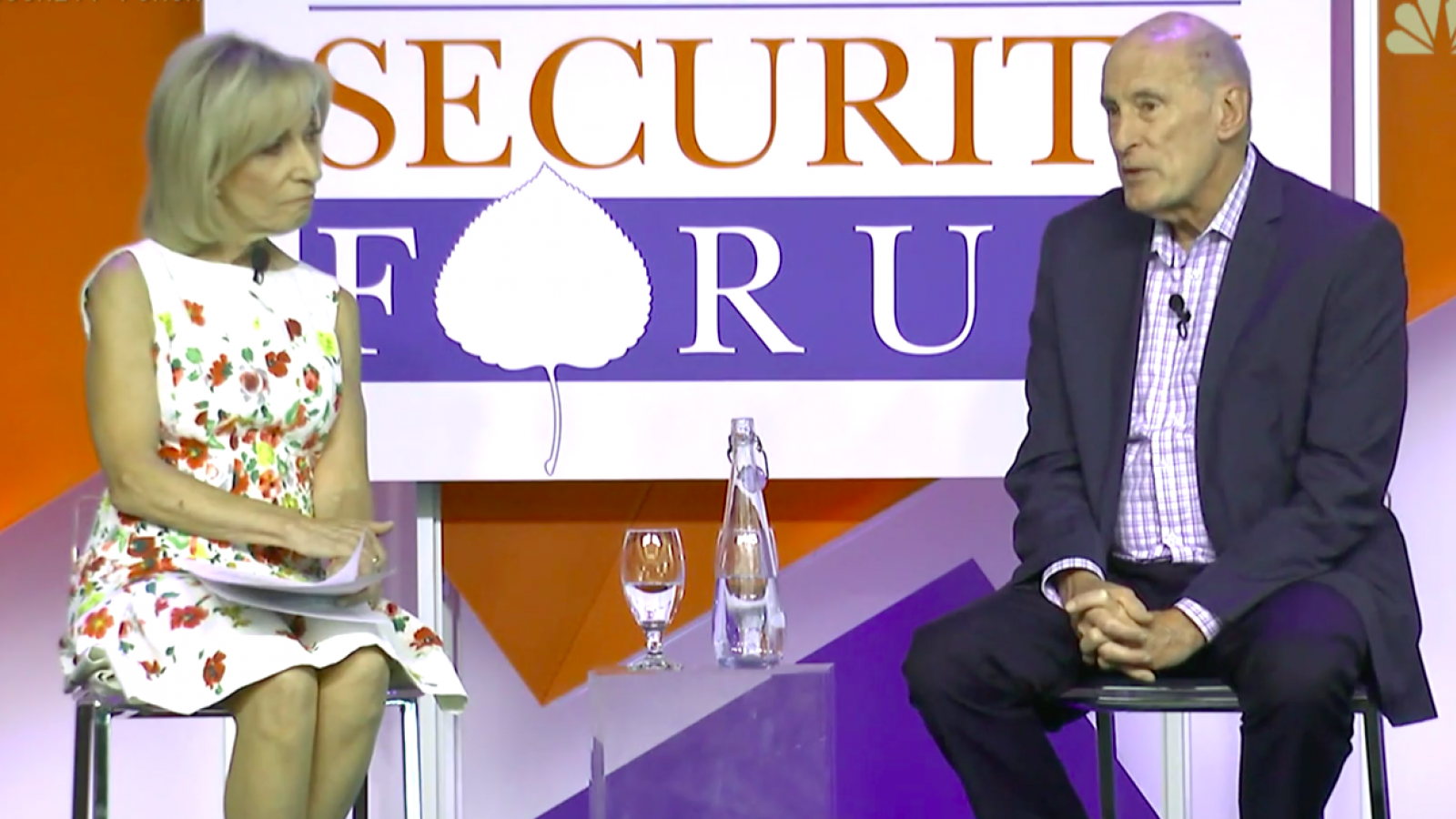 President Trump's Director of National Intelligence Dan Coats appeared on stage with NBC News' Andrea Mitchell at the Aspen Security Forum Thursday and admitted he does not know what President Trump and Vladimir Putin discussed during their time alone in Helsinki, Finland on Monday.

In an extraordinary acknowledgement, the nation's spy chief said he had no idea what was said in the Helsinki summit Monday between Trump and the Russian president.

"If he had asked me how that ought to be conducted, I would have suggested a different way," Coats, a former Republican senator from Indiana, told NBC News' Andrea Mitchell at the Aspen Security Forum. "But that's not my role, that's not my job…it is what it is."

Coats also was caught off guard as Mitchell told him the White House had announced the president was extending an offer for Putin to visit Washington.

Later, Coats added that his office would brief Trump on the intelligence risks of having Putin in the country. And he said he would recommend they not meet alone.

Coats also expressed displeasure over Trump's comments in Helsinki seeming to question the unanimous U.S. intelligence assessment that Russia interfered in the 2016 presidential election. As DNI, Coats oversees the CIA, NSA and 14 other intelligence agencies.

"It's undeniable that the Russians are taking the lead on this," Coats added. "They are the ones that are trying to undermine our basic values. We need to make sure that we call them out on this, that they are not able to make sure they can do this in elections coming up."

On Friday, Coats said in a speech that Russia continues to seek to undermine American democracy by planting propaganda on American social media. While the U.S. currently sees no evidence of an attempt to interfere directly in the 2018 midterm election, "it's just one click of the keyboard that could change this narrative," he told Mitchell.

Other highlights of Coats’ remarks at the forum:

On Vladimir Putin’s influence: “It is very clear that virtually nothing happens [in Russia]… that Vladimir Putin doesn’t know about or hasn’t ordered. I think we’re pretty sure about that.”

On Trump’s meeting with a Russian ambassador last year: Coats said he did not know Russian ambassador Sergey Kislyak was visiting the Oval Office last May. It’s “probably not the best thing to do,” Coats said, adding that he doesn’t think such a meeting has happened since.

On a cyber 9/11: Coats said he’s most worried about a cyber attack on the scale of the Sept. 11 terrorist attacks. Some examples of a potential large-scale cyber attack, he said, include a hack that shuts down Wall Street for a week, or an attack on an electric grid that leaves a whole region without power. “Those are the things you have to try to anticipate — what are the capabilities our adversaries have if they wanted to use them? These are the things strategically we have to look for,” he said.