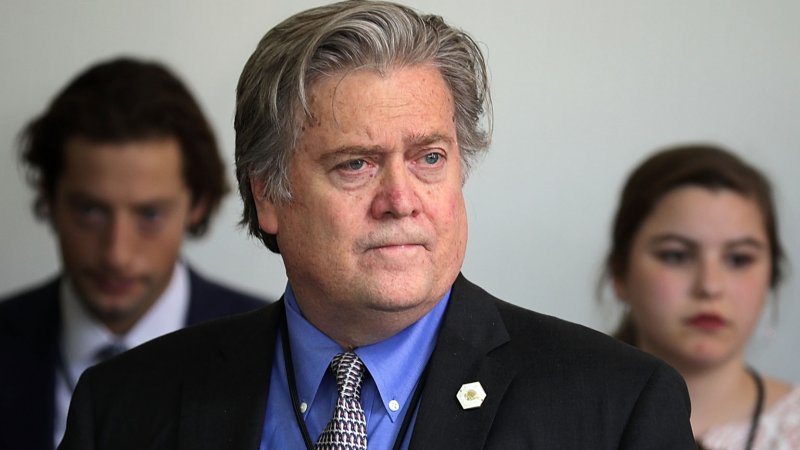 Steve Bannon, until January 9, 2018, was executive chairman of Breitbart News, a right wing website “known for pushing nationalist policy positions, as well as conspiracy theories” and for “being racist, sexist and anti-Semitic.” In November 2016, Trump named Bannon his Chief Strategist and Senior Counselor, a position that put him on equal footing with Chief of Staff Reince Priebus. In an unconventional move, Breitbart – a media executive and political operative with no national security experience -- made himself a principal on the National Security Council. President Trump removed him on April 5, 2017 after H.R. McMaster became the new National Security Advisor.

When Bannon joined the Trump campaign in August 2016 as campaign CEO, conventional Republicans saw the selection as an indication Trump officially was embracing the extreme right wing of the party.

During his time in the White House, Bannon seemed to have a tremendous amount of influence on the president, leading Time magazine to place him on its cover in February under the headline “The Great Manipulator.”

Bannon claimed he resigned August 7th, but Chief of Staff John Kelly let Bannon go on August 18th. He immediately returned to his post at Breitbart and proclaimed he was going to war with the Republican establishment, fighting from the outside for President Trump’s agenda.

Bannon appeared on 60 Minutes on September 10, 2017 and told Charlie Rose he thought Trump’s firing FBI Director James Comey was "biggest mistake in [modern] political history." He also said, “There's nothing to the Russia investigation. It's a waste of time” and “[I]t's a total and complete farce. Russian collusion is a farce.