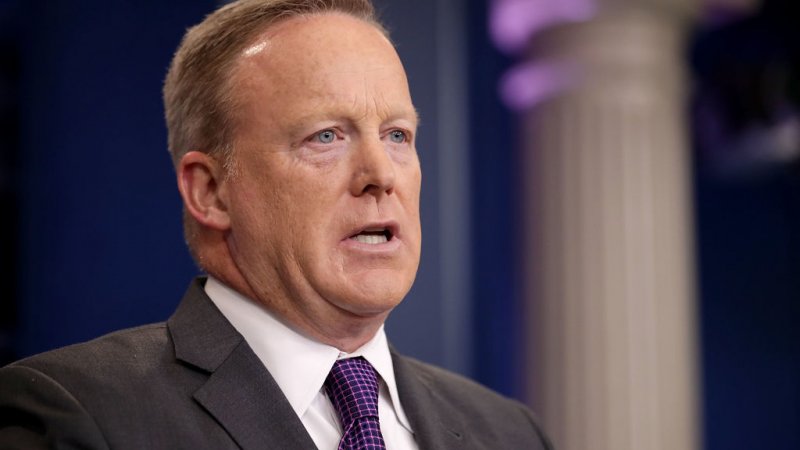 Sean Spicer served as White House Press Secretary and Acting White House Communications Director from inauguration until he resigned on July 21, 2017. He also is a commander in the U.S. Navy Reserve. Prior to joining the Trump team shortly after the election, Spicer spent almost six years as the communications director and then chief strategist at the Republican National Committee under Chairman Reince Priebus.

Spicer started his tenure in the White House by forcefully exaggerating the size of President Trump’s inauguration crowd and then adamantly defending his false assertion. That decision marked the start of a contentious relationship between Spicer and the White House Press Corps and fostered an ongoing sense of mistrust in the veracity of what the administration’s spokesman may say from behind the briefing room podium. Actress Melissa McCarthy garnered an Emmy nomination for her portrayal of Spicer on Saturday Night Live, a popular parody that indicated just how well-known Spicer’s behavior had become outside the usual political circles.

Spicer frequently gave the impression he was out of the loop or intentionally peddling false information. On June 20, 2017, White House reporters asked Spicer if Trump believed Russia hacked the election, and Spicer said he didn’t know. On June 26th, Spicer claimed Trump was “joking” during the campaign when he encouraged Russia to hack Hillary Clinton’s emails. On July 17th, Spicer stuck to the narrative that Donald Trump Jr. met with Russian lawyer Natalia Veselnitskaya and only discussed adoptions even though the President himself tweeted an admission that the meeting was about potentially incriminating evidence about Clinton.

On September 8, 2017, The Washington Post reported Spicer is one of six current and former White House staffers that Special Counsel Robert Mueller would like to interview. Spicer was involved in the matter of former National Security Advisor Michael Flynn’s contact with Russians during the Trump transition. Spicer told the press Flynn did not discuss sanctions with Russian Ambassador Sergey Kislyak during that time, a claim that turned out to be untrue.