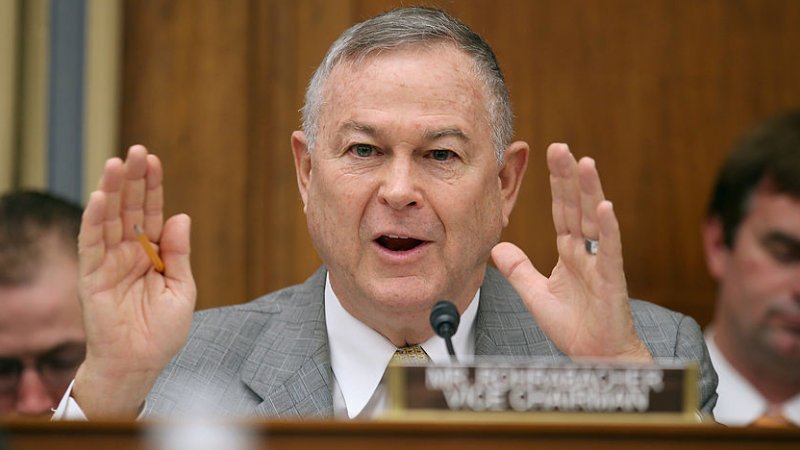 Representative Dana Rohrabacher is 13-term Republican Congressman representing the 48th district of California. Prior to running for Congress, Rohrabacher spent seven years as Special Assistant and a senior speechwriter for President Ronald Reagan.

Rohrabacher has been sympathetic towards Russia for years, earning him the nickname “Putin’s favorite congressman.” In 2012, the FBI told Rohrabacher they had evidence Russian spies were trying to recruit him as an “agent of influence” to steer U.S. policy on Russia’s behalf. Rohrabacher was unconcerned.

The congressman has said it is his mission to help Russia embrace democracy and sees the nation as a potential powerful ally in the fight against the Islamic State. However, even Rohrabacher’s fellow Republicans question the root of his investment in Russia. In a private meeting with GOP leaders on June 15, 2016, House Majority Leader Kevin McCarthy said, “There’s two people I think Putin pays: Rohrabacher and Trump.” When a recording of the remarks surfaced in May 2017, McCarthy claimed he was kidding.

Rohrabacher reportedly softened on Russia after the break up of the Soviet Union and got to know Putin personally during a night of drunken arm wrestling twenty years ago when the Russian president was a deputy mayor. Rohrabacher dismisses Putin’s authoritarian rule as running the country “the way the Russian people basically want it run” and has called Russia’s well-documented human rights abuses “baloney.”

In April 2016, on an official congressional trip to Moscow, Rohrabacher accepted confidential information from Russian government officials trying to blame the $230 million tax fraud that ultimately led to the passage of the 2012 Magnitsky Act on Sergei Magnitsky, the lawyer murdered for uncovering it, and Bill Browder, the businessman who hired him. Russian officials suggested Rohrabacher use their information to convince Congress to lift the Magnitsky Act sanctions and Russia would consider reversing its punitive ban on adoptions. The Russians also pointed him to a New York court case involving Denis Katsyv whose company, Prevezon, was charged with laundering $14 million of the tax fraud money. Katsyv’s lawyer in New York was Natalia Veselnitskaya.

Katsyv had set up a nonprofit in Delaware allegedly working to restart Russian adoptions and was working with lobbyist and former Soviet counterintelligence officer Rinat Akhmetshin. Akhmetshin visited Rohrabacher on the Hill and was escorted by Rohrabacher’s aide to meet other lawmakers, a highly unusual occurrence.

Rohrabacher carried Russian water during debate over the Global Magnitsky Act, an expansion of U.S. authority to sanction foreign individuals who commit human rights abuses and acts of corruption, but his efforts to curtail the act were unsuccessful.

Then on June 13, 2016, after a D.C. screening of a film parroting the anti-Magnitsky Kremlin line, Rohrabacher had dinner with Akhmetshin, Veselnitskaya, and the film’s director. The next day, Rohrabacher submitted testimony from the director into the official record during a House Foreign Affairs Committee hearing on U.S.-Russian relations claiming Magnitsky was not a whistleblower. Veselnitskaya sat in the front row at that hearing.

On June 9, 2016, just days before the screening, dinner, and hearing, Akhmetshin and Veselnitskaya had been in Manhattan visiting with Donald Trump, Jr., Paul Manafort, and Jared Kushner at Trump Tower.

On August 15, 2017, Rohrabacher met with Wikileaks’ Julian Assange at the Ecuadorian Embassy in London where Assange has been living since August 2012 to avoid sexual assault charges in Sweden. Rohrabacher claims Assange told him the Russians had nothing to do with the DNC hack and email release during the 2016 campaign. Rohrabacher says he saw evidence the hack was an inside job.

On August 28, 2017, Rohrabacher appeared on Sean Hannity’s radio show and claimed someone was trying to set a “rendezvous” so he could brief the president on what Assange allegedly revealed.

While there is no indication Rohrabacher currently is under investigation, The Los Angeles Times has a good graphic and timeline explaining why his name continues to emerge as the story of Russia’s election interference progresses.