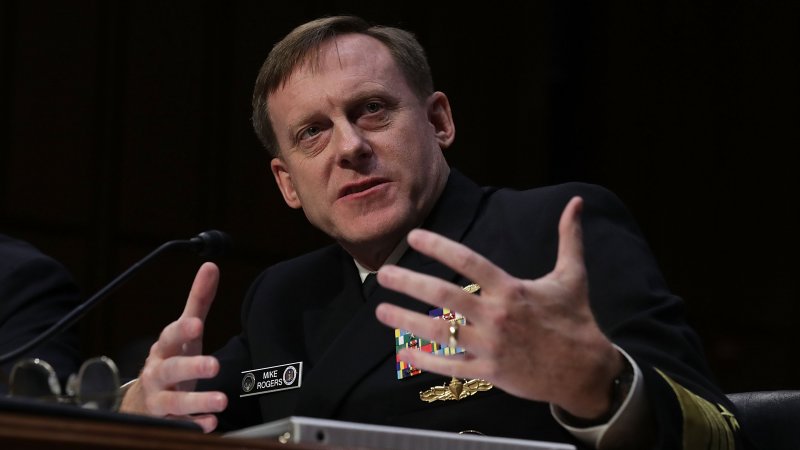 Admiral Michael Rogers, a Navy cryptologist, has served as Director of the National Security Agency (NSA) and Commander of U.S. Cyber Command (USCYBERCOM) since April 3, 2014. In November 2016, The Washington Post reported Defense Secretary Ashton Carter and Director of National Intelligence James Clapper recommended President Obama remove Rogers from his post for various reasons, including poor performance, but the action stalled. On November 17, 2016, Rogers, in an unprecedented move for a military officer, traveled to meet president-elect Trump in New York City without informing his superiors. President Trump chose to keep Rogers in his job.

Admiral Rogers did not share his new boss’ opinion that Russia may not have been behind U.S. election interference, and Rogers was, in fact, monitoring Russia’s ongoing efforts to undermine democracy. On May 9, 2017, he told the Senate Armed Services Committee that in his role as head of the NSA, he had become aware of Russian cyber activity prior to the recent French election hack and had warned his French counterparts, offering assistance. Rogers also said he had been reaching out to British and German officials to do the same in advance of upcoming election cycles.

Rogers was called to appear again before Congress in June to answer questions about the Foreign Intelligence Surveillance Act (FISA), expiring in December. However, members of the Senate Intelligence Committee used the opportunity to probe news reports that President Trump, in an effort to cast doubt on the FBI’s ongoing investigation, separately had asked Rogers and Director of National Intelligence Dan Coats to state publicly there was no evidence of collusion between Russia and the Trump campaign. According to The Washington Post, Trump phoned Rogers in March with the request and Rogers declined, explaining he “could not comment on an ongoing investigation” and “would not talk about classified matters in public.” Officials tell the Post a senior NSA official drafted an internal memo documenting the President’s call.

However, when pressed for more information under oath, Rogers refused to answer questions from Senators about his conversation with the President, only offering that in his tenure as head of the NSA he did not remember ever being told to do anything he believed to be “illegal, immoral, unethical or inappropriate” and did “not recall ever feeling pressured to do so."