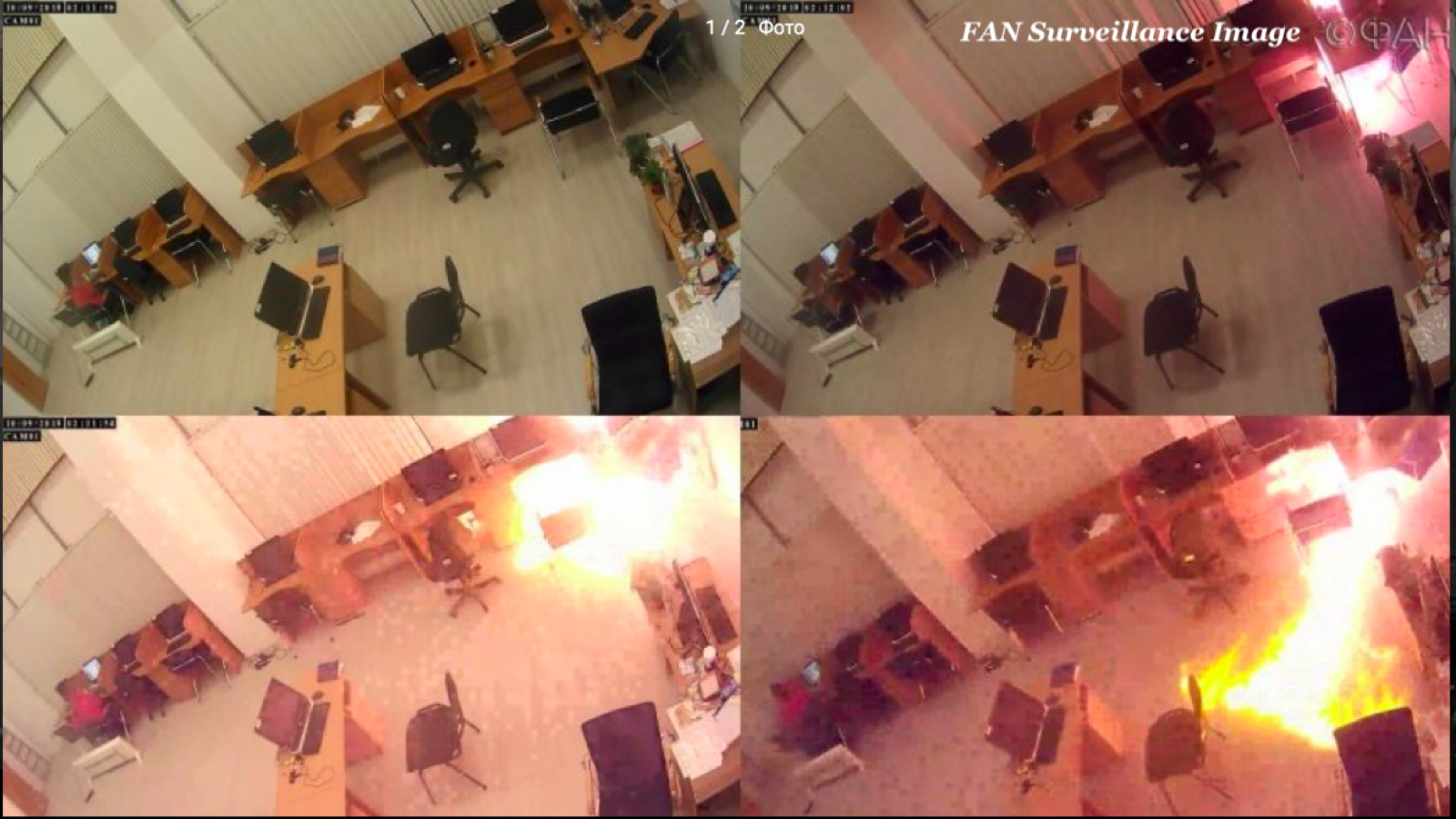 At 3am Tuesday morning, someone set fire to the offices of the restructured Kremlin-linked troll factory, the Internet Research Agency, that was responsible for much of Russia's 2016 U.S. election interference.

An investigation revealed last year that the secretive troll factory had rebranded itself as a media conglomerate with 16 news websites generating more than 30 million pageviews every month. Its operational hub, a website called FAN (Federal News Agency), is based a stone’s throw from the troll farm’s original location in northern St. Petersburg.

The Fontanka.ru news website cited police as saying that an unknown suspect broke the agency’s ground-floor window and threw a Molotov cocktail inside at around 3 a.m. on Tuesday.

Surveillance footage published by FAN showed flames erupting at one of the empty workstations and a female staffer stationed on the opposite end quickly exiting the office.

“I believe this is tied to FAN’s activities,” its chief editor Yevgeny Zubarev said. “We’re most often attacked online, but these types of attacks have already taken place offline.”

FAN said its office came under another arson attack on the eve of the 2018 presidential elections in March.

St. Petersburg police told the RBC news website that they were looking for the culprit and planned to launch criminal proceedings.