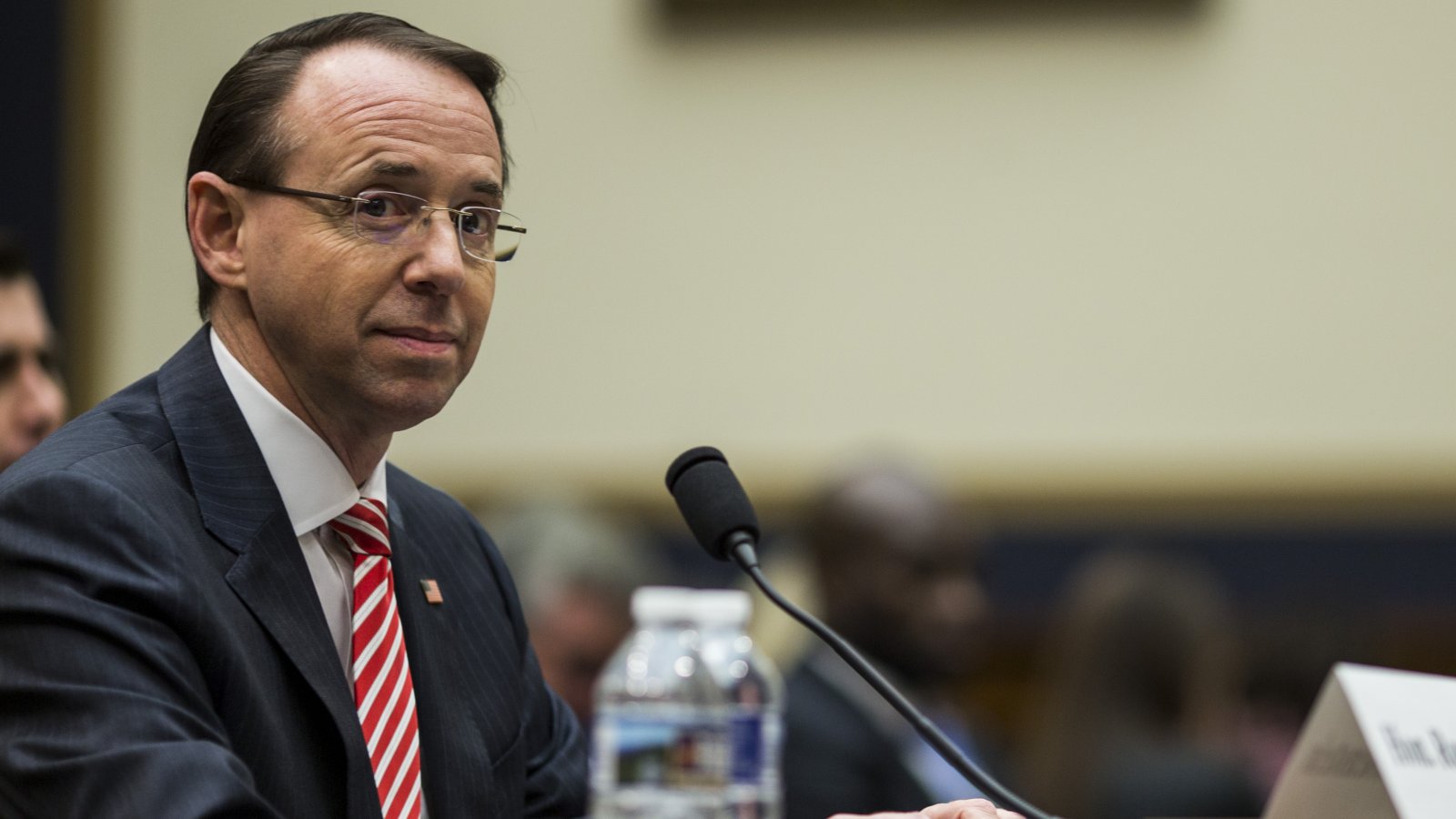 On Tuesday night, the Department of Justice invited a small group of reporters to read text messages between two FBI Agents who expressed distaste for Donald Trump and disparaged several other candidates during the 2016 campaign.

The texts turned up as part of the DOJ inspector general's investigation into the FBI's handling of the inquiry into Secretary of State Clinton's use of a private email server.

FBI agents Peter Strzok and Lisa Page no longer work on the special counsel's investigation. Robert Mueller removed Strzok as soon as he found out about the correspondence. Page already had left the team.

Republican lawmakers are seizing on the exchanges as evidence that the Mueller investigation is tainted, adding to the suspicious nature of this intentional disclosure on the eve of deputy attorney general Rod Rosenstein's testimony before the House Judiciary Committee.

It is "highly unusual" for the DOJ to release correspondences that are the subject of an ongoing investigation to Congress, let alone to the press, a source on one of the congressional committees investigating Russia's election interference told Business Insider on Wednesday.

The source emphasized that none of the leaks came from Capitol Hill, which obtained the texts from the DOJ separately on Tuesday.

"It's appalling behavior by the department," said Matthew Miller, a former DOJ spokesman. "This is an ongoing investigation in which these employees have due-process rights, and the political leadership at DOJ has thrown them to the wolves so Rosenstein can get credit from House Republicans at his hearing today."

One source close to the process who requested anonymity to discuss internal DOJ deliberations said the texts were given to reporters in case they did not leak in time for Deputy Attorney General Rod Rosenstein's public hearing on Wednesday morning.

"It is at least debatable whether it was appropriate to turn them over to the Hill in the middle of an ongoing investigation," Miller said. "Under no circumstances was it appropriate to leak them to the press."

It is not clear who invited the reporters to view the texts.

Rosenstein said the DOJ consulted with the inspector general before releasing the texts and would not have proceeded had there been any objection.

Democratic Rep. Eric Swalwell asked Rosenstein on Wednesday whether Attorney General Jeff Sessions played any role in inviting the reporters over to the DOJ.

"Not to my knowledge," Rosenstein replied.

Asha Rangappa, a former FBI counterintelligence agent, said that if the invitation was approved by Sessions' office, it could be "a violation of his recusal" from investigations in which he has a conflict of interest.

Rangappa said she had "never heard of DOJ interfacing directly and privately with reporters, outside of an official press conference."

As for the impact of the text exchanges, former FBI agents tell Business Insider no one agent's personal political opinions could influence an investigation:

"It would be literally impossible for one human being to have the power to change or manipulate evidence or intelligence according to their own political preferences," said Mark Rossini, a former FBI unit chief who spent 17 years at the bureau.

"FBI agents, like anyone else, are human beings," he added. "We are allowed to have our political beliefs. If anything, the overwhelming majority of agents are conservative Republicans."