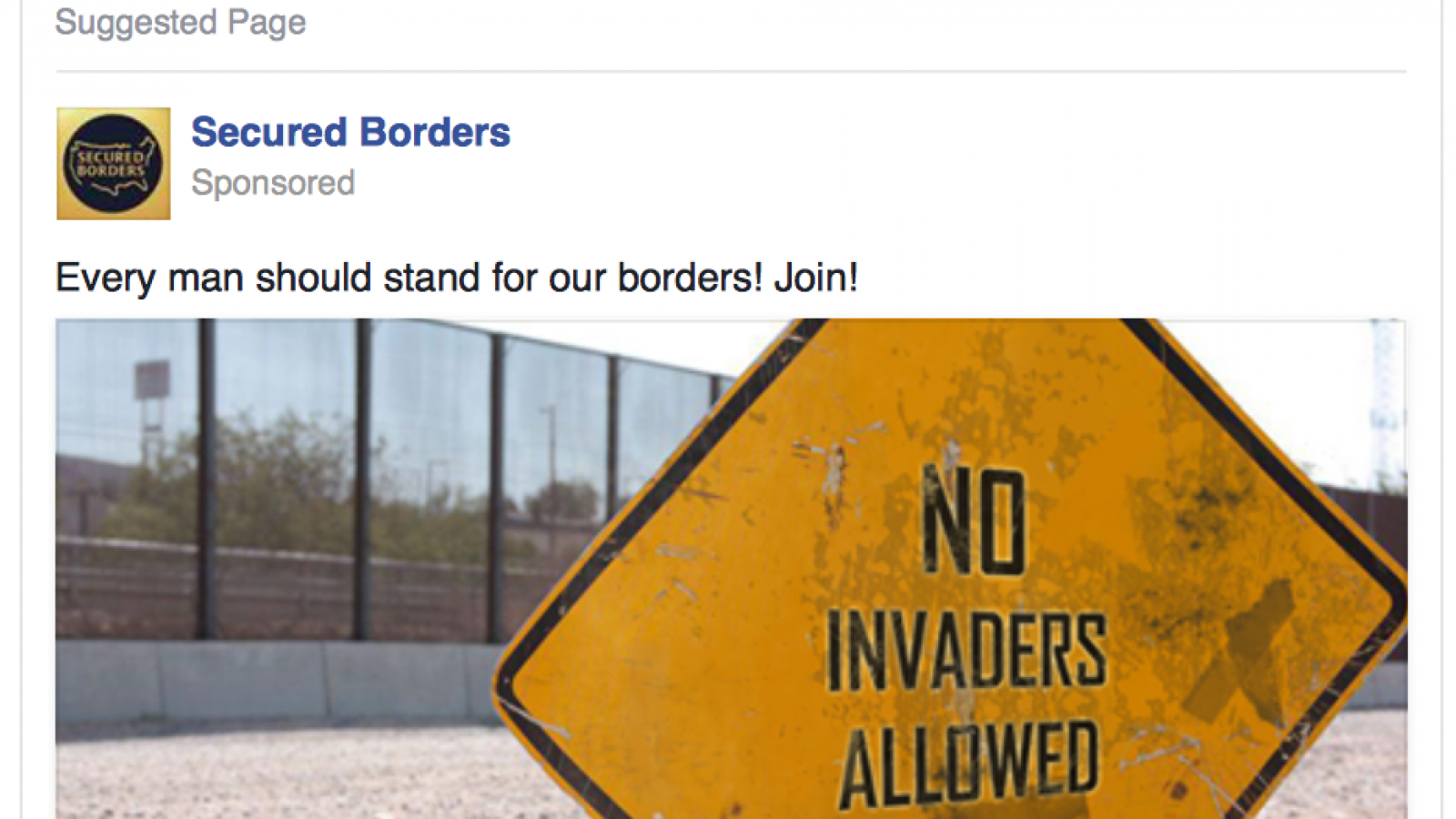 As representatives for Facebook, Twitter, and Google testify on Capitol Hill for the third time in two days, Democrats on the House Intelligence Committee make public more of the inflammatory content Russian-linked operatives pushed online to interfere in the 2016 U.S. election.

Some of the ads took opposing sides of the same issue. One touts an event to "Support Hillary. Save American Muslims!" with a picture of a woman in a hijab beside Hillary Clinton. Another for a group called "Stop A.I." urged viewers to "like and share if you want burqa banned in America," because the full-body covering could be hiding a terrorist.

U.S. intelligence agencies have said the Russian government exploited social media as part of a sprawling, and surreptitious, campaign to influence the 2016 presidential election in favor of Republican candidate Donald Trump. The FBI and special counsel Robert Mueller are investigating potential ties between the Kremlin and the Trump campaign to tip the election, and prosecutors this week announced the first charges in that probe.

During the House Intel committee hearing, ranking member Rep. Adam Schiff (D-CA) asks Twitter and Google if they would agree to let the committee release ads that appeared on their platforms as well. They say they will as long as all user personal information is scrubbed as it was for Facebook.