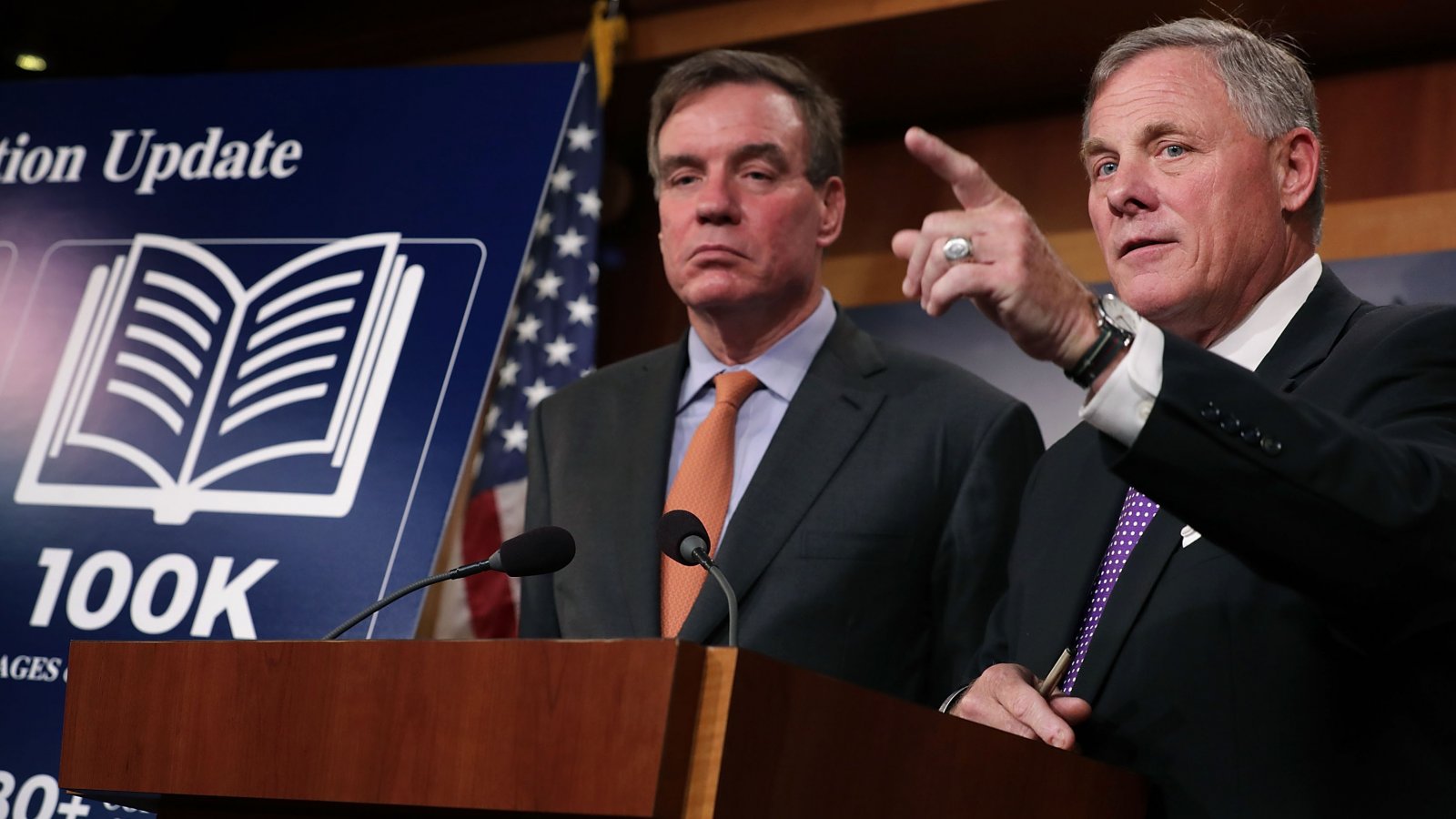 As of today, 25 individuals are booked to meet with staff this month alone.

Chairman Burr says the committee has interviewed witnesses from around the world, and the investigation has expanded beyond its initial inquiry.

"We trust the conclusions of the Intelligence Community Assessment (ICA), but we don't close our considerations of it," says Burr.

He adds the committee has interviewed the following:

As to the issue of fired FBI Director James Comey's personal memos, Burr says, "This topic has been hotly debated. Our involvement with this issue has reached a logical end as it relates to the Russia investigation." He adds that the General Counsel or Justice Department would be better to answer questions about this.

Burr says the committee still is looking into all evidence to see if there is any hint of collusion and has no initial findings yet.

He adds that "the Russian intelligence service is determined, clever" and recommends that all election officials take this seriously going into 2018.

Senator Warner says it is clear that Russian active measures did not end on election day 2016 and were not only geared at the United States. The committee is aware of concerns in France, Germany, and the Netherlands. Warner says we have to be on guard. He says we know 21 states' electoral systems were probed, and it's been disappointing it took 11 months for DHS to reveal those 21 states.

"There needs to be a more aggressive, organized 'whole of government' approach," Warner adds.

As for social media's role in the campaign, Google, Twitter, and Facebook all have been invited to appear in a public hearing on November 1st and are expected to participate.

Burr says his committee doesn't release documents provided to the committee. If any of the social media platforms want to do that, it is ok with the committee.

Steele dossier: The committee has hit a wall. Senators Burr and Warner have reached out to Christopher Steele, but all outreach has gone unaccepted, and the committee cannot assess the credibility of the dossier without knowing who paid for it and who were the sources for it. They hope Steele will make a decision to meet with leadership or the committee or both to share information as to his intent and actions.

Senator Burr to potential witnesses: "I strongly suggest you come in and speak with us. We will compel you to appear if you don't choose to do so willingly."

Senator Burr to the media: "You only see glimpses of the amount of work the committee has done. We are protecting the privacy of witnesses and sources."

Senator Burr: "The issue of collusion is still open. We continue to investigate, and we are not in a position where we will come to any finding until we have completed the process."

Senators Burr and Warner: We have had incredible access and cooperation from social media companies that have been in, but we have to get the full universe of information. Their actions need to match their public statements about maintaining the integrity of our election process.

Senator Warner: "I think you will see more forensics done by these companies."

Senator Burr: "So far, the Trump campaign officials we've asked to come in have all come in. If someone has come in and not been truthful, we will catch them."

Senator Burr: "No vote totals were affected. They did not alter that in any way we have been able to find. Russia currently is active in trying to create chaos in our election process." As has been evident in Montenegro, France, and Belgium, the US will continue to be tested.

Senator Burr: If we look solely at social media, you cannot say it was designed to help the right or the left. Overall theme was to create chaos at every level. The fact that we are having this investigation shows they have been pretty darn successful.